Bizarre case of Osstem baffle banks as well as shareholders 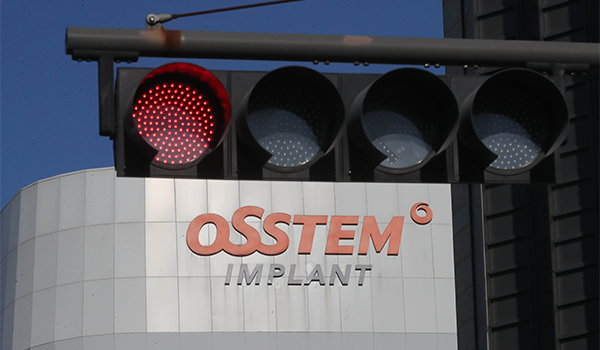 Investors are not the sole stakeholders who fret about the baffling embezzlement case with Osstem Implant Co. as banks with as much as 302.5 billion loans to the top dental implant producer cannot but worry risk from soured credibility if the Kosdaq-listed company becomes delisted for fraud.

According to its disclosure, Korean banks’ lending to Osstem Implant amounted to 302.5 billion won ($252 million) as of the end of September 2021, of which 108.5 billion won matures within a year.

Banks do not fear the worst-case of default on the loans as police are chasing the case and the company is relatively solid, earning more than 100 billion won in operating profit a year.

But the debtor could pose a headache if the stock becomes delisted. A delisting would cause steep downgrade in the credit rating and shake the country’s financial state.

The case of Osstem capitalized at 2 trillion won has been bewildering, even considering fraud cases are not rare among Kosdaq members.

Why the company sat on such enormous cash hoard, how a staff was able to transfer it to his private account so easily, and why authorities failed to catch out the abnormality with suspicious transfer of funds nearing 200 billion won are some of the questions many cannot make out.

The company discovered the crime three months after it was committed. The company uses aged SAP software for accounting work, making adjustment in the system easy.

It is also baffling how the employee could have boldly disclosed he had purchased 142.9 billion won worth shares in Kosdaq-listed Dongjin Semichem Co. on Oct. 1, presumably with the stolen money. Dongshin shares have lost more than 14 percent over the last three sessions since the Osstem debacle was publicized. Shares fell 5.66 percent to close Wednesday at 43,300 won.