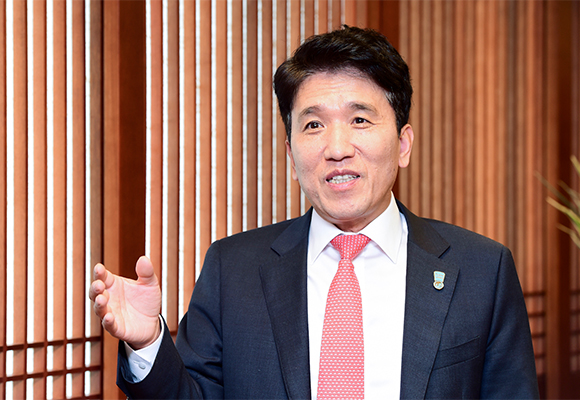 Ham Young-joo, vice chairman of Hana Financial Group and former president and chief executive of KEB Hana Bank, has been nominated as the new chairman to spearhead the leading Korean financial group in digital transition.

Ham was recognized for his contribution in leading growth at Hana Bank such as by successfully managing takeover of Korea Exchange Bank as CEO between 2015 and 2019.

“Ham has led Hana Financial Group to achieve business performance in terms of stability and profitability,” the nomination committee said, “and has shown well-integrated and outstanding leadership in organization operation.”

It also added that Ham is the right person to lead rapidly changing future and digital transformation.

Ham will be officially appointed as new chairman for a three-year term after approval by shareholders and board next month. His name would have to be cleared from two ongoing trials regarding liability over mis-selling and irregular hiring.