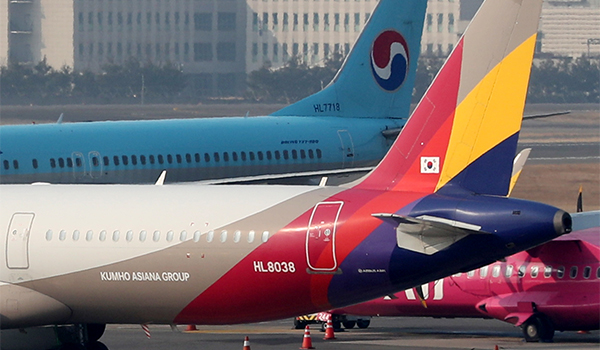 Korean Air Lines Co. is a step closer to receiving an approval for its merger with smaller rival Asiana Airlines Inc. from the U.K. government after the country’s antitrust authority signaled that it would accept amendments made by the Korean airline to the merger proposal to prevent monopoly.

“There are reasonable grounds for believing that the undertakings offered by Korean Air, or a modified version of them, might be accepted by the CMA under the Enterprise Act 2002,” U.K.’s Competition and Markets Authority (CMA) announced on Monday.

Korea Air shares inched down 0.40 percent at 25,100 on Wednesday morning while Asiana Airlines lost 2.68 percent to 12,700 won after rallying on the previous day.

Korean Air still needs approvals from the U.S., China, European Union and Japan for its union with Asiana Airlines to be completed.

On Nov. 15, CMA requested Korean Air to submit a plan to resolve its monopoly, holding of its approval of the merger, saying the combination of Korean Air and Asiana could increase ticket fares and reduce service quality.

At that time, CMA said that it would decide whether to accept the Korean Air proposal or initiate an in-depth second-stage investigation by Nov. 28. But it has accepted the airline’s corrective action plan and leaves only its final decision to be made. CMA plans to confirm the approval soon after hearing market opinions on this corrective measure. 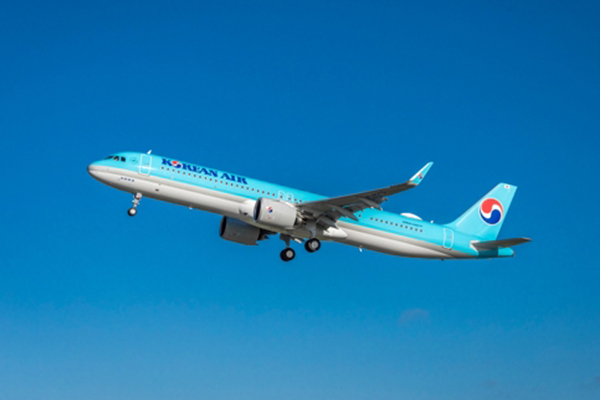 The industry believes that the U.K. authorities will approval the merger as Korean Air’s corrective measures have been accepted. Korean Air said, “We are positive about the U.K. competition authority’s decision. We plan to cooperate faithfully so that the business combination review can be completed as soon as possible.”

Korean Air has received approvals from nine out of 14 mandatory and voluntary reporting countries, including South Korea, Malaysia, Australia and Turkey.

In February, the Korea Trade Commission gave its approval on condition that some slots and traffic rights of some routes, such as New York, France and Jeju, be transferred to other airlines and to limit fare increases.

Korean Air’s merger with Asiana still faces obstacles after the U.S. Department of Justice said on Nov. 16 that its review would take time. Flights to the U.S. accounted for 29 percent of Korean Air’s sales in 2019 before the pandemic.