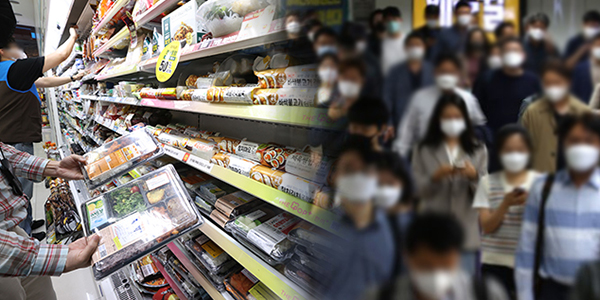 South Korea’s real household income fell for the first time in more than a year while spending in groceries and daily necessities slipped in the third quarter as inflation ran at its strongest since 1998 in the wake of Asian liquidity crisis.

According to data released by Statistics Korea on Thursday, the nominal monthly income per household averaged at 4.87 million won ($3,634.94) in the third quarter, up 3 percent from a year-ago period and extending growth for five consecutive quarters.

Real income, or income after adjusting for inflation, fell 2.8 percent, the first decline since the second quarter of 2021.

Income from business operations grew 12 percent, and transfer income up 28.7 percent thanks to an increase in self-employed workers and small business owners amid recovery in the service industry after lifting of virus-related restrictions.

Inflation gained 5.9 percent against a year-ago period on average in the third quarter, the strongest since 6 percent in the fourth quarter of 1998.

Monthly expenditure averaged at 2.7 million won, 6.2 percent higher from the previous year. But consumer spending after reflecting inflation hardly grew, up 0.3 percent, meaning most of the spending was due to higher inflation.