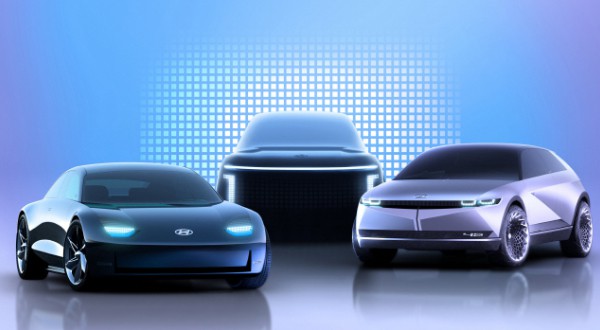 South Korea’s auto giant Hyundai Motor Group kept sales target for this year conservative as uncertainties remain on the external front due to resurgence of Covid-19 after ending 2020 at its weakest in nine years.

Sales goal for this year would be gaining 11.5 percent from 2020 when they sold a total of 6,350,851 units. It was the first time for the two auto giants to see their combined annual shipments fall below 7 million units since 2011.

GM Korea and Renault Samsung Motors offset some of the losses from overseas with domestic sales. 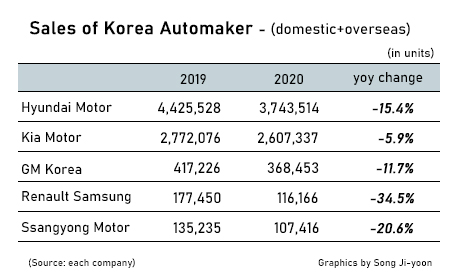 SsangYong Motor was the sole loser in Korea with sales down both in and outside Korea. Exports lost 28.8 percent to 19,528 units, and domestic sales down 18.5 percent to 87,888 units.

Domestic sales of five Korea-based carmakers totaled 1,607,035 units last year, gaining 4.8 percent on year to pass the milestone of 1.6 million units for the first time in 18 years thanks to the tax benefits and new car releases.