Yonhap News Agency reported Monday CJ is in positive negotiations on a M&A with SM.

As of midday Tuesday, Kosdaq-listed shares of SM Entertainment rose 2.3 percent to 74,500 won while CJ ENM shares also on the Kosdaq are marginally higher at 178,500 won after going up to as high as 183,000 won.

The Korean pop culture industry has been stirred by news that SM Entertainment’s founder and chief producer Lee Soo-man is looking for a buyer for his stake. 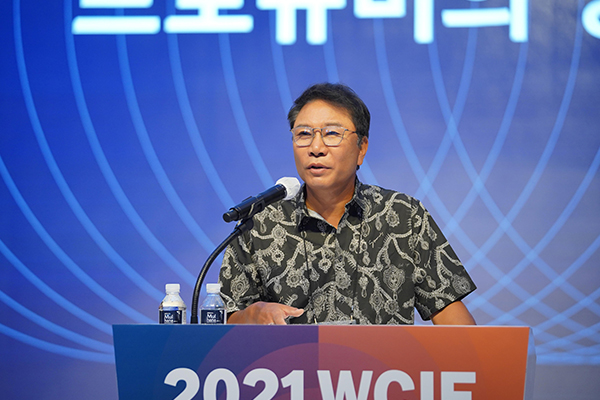 Lee owns 18.72 percent in SM Entertainment, a label behind K-pop superstars including EXO, Red Velvet, NCT and aespa. His holding is worth 323.1 billion won ($273.3 million) based on SM’s market capitalization of 1.7 trillion won as of Monday.

Kakao Entertainment, once rumored to be the other strong contender for the stake, said in its filing on Monday that its subsidiary Kakao Entertainment has explored various options of business partnership (with SM Entertainment) or equity investment to strengthen its global content business but has not made any decision yet.

Some sources say it is possible for CJ ENM to separate its music business division and merge it with SM, but an official from CJ Group said no decision has yet been made.