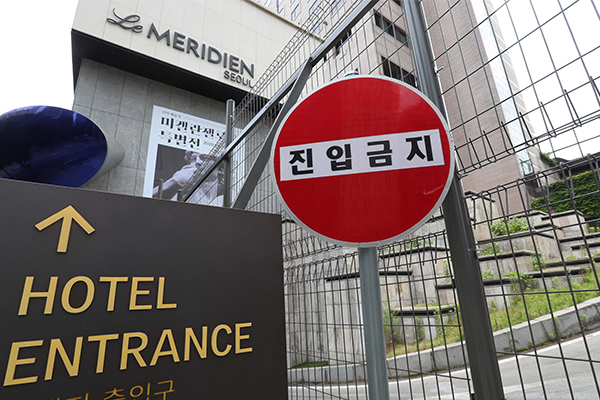 Hotels across South Korea are going out of business, from luxury to budget category, surrendering the locations to residential and office buildings as they no longer can withstand the tourism hiatus from pandemic.

Hotel transactions in the first half of this year totaled 846.8 billion won ($715.7 million), already nearing last year’s annual worth of 942.4 billion won, according to the country’s leading real estate asset manager IGIS Asset Management Co. Industry watchers forecast that the transaction volume would reach 1.2 to 1.3 trillion won by the end of this year.

The toll from the standstill in international travel hit not only small-to-medium size hotels but also large luxury hotels.

The Seoul Shilla Hotel, one of the country’s top luxury hotels located in central Seoul, showed an average occupancy rate of 43 percent in the second quarter, nearly halved from 82 percent in the fourth quarter of 2019 before the pandemic outbreak, according to NH Investment & Securities.

The hotels backed by big corporate capital are better off. But the smaller ones threw in the towel. Instead of keeping the hotels, the new owners are changing the locations to residential and multi-purpose sites amid housing boom.

Sheraton D Cube City Hotel, a five-star hotel in western Seoul’s Guro District sold to Keppel Investment Management last month, will be remodeled into an office building. Le Meridien Seoul in Seoul’s most bustling district Gangnam, which was sold to Hyundai Engineering & Construction Co. in February, is also set to be turned into a residential complex.

Travel agencies, which once have been aggressive buyers of hotels, are also offloading their properties to survive the pandemic storm. MODE TOUR Real Estate Investment Trust, an affiliate of the country’s second-largest MODE Tour, is in the process of selling four hotels worth around 130 billion won in total. 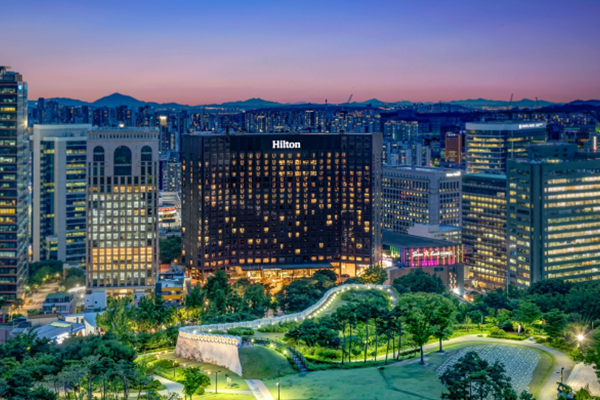 Its largest shareholder CDL Hotel Korea has reportedly resumed talks with IGIS Asset Management which has an eye to turn the site into luxury residential and multi-purpose site, according to investment banking industry sources.

Since its opening in 1983, the five-star hotel located at the heart of Seoul had been co-managed by the now-defunct Daewoo Group and Hilton International, a US hotel chain, until Daewoo sold the property to CDL in 1999.

CDL and IGIS have reportedly resumed the on-site due diligence on the hotel with a goal to close the deal within this year. CDL had been negotiating the sale of the hotel with IGIS for around 1 trillion won early this year but officially backed out in July.