KRW tests 1,200 per USD on energy scare, intervention kicks in 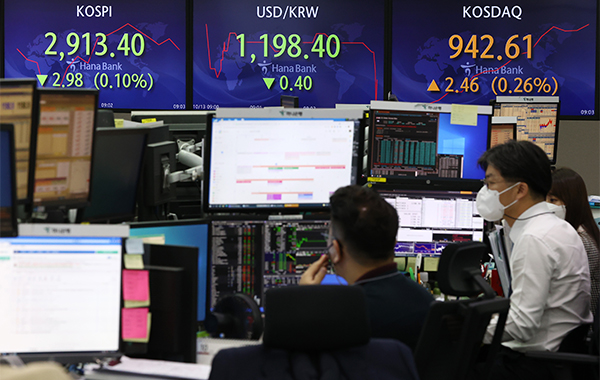 The South Korean won weakened to a 14-month low on Tuesday after briefly breaking the key psychological level of 1,200 versus the U.S. dollar as foreign investors shed stocks in search for safer assets after oil prices hit seven-year high to aggravate energy and inflationary scare.

The U.S. dollar closed Tuesday at 1,198.8 won up 4.2 won from the previous session’s close and strongest close since 1,201.5 won of July 24 last year amidst the battering of Covid-19 pandemic. The dollar retreated in presumed intervention from authorities who had been warning of foreign exchange smoothing actions when deemed overshooting.

The dollar came down further to 1,197.3 won as of 9:15 a.m. Wednesday after Bank of Korea Governor Lee Ju-yeol on Tuesday echoed interventionist comment versus “excessive” movement in the foreign exchange market after convening the monetary policy meeting for October. While keeping the rate unchanged on Tuesday, Lee gave a clear head-up about another rate hike in November.

Another hike would place the Korean overnight call rate at 1.00 percent, sharply higher than the U.S. fed fund rate target of 0.00-0.25 percent and make Korean assets in greater value. 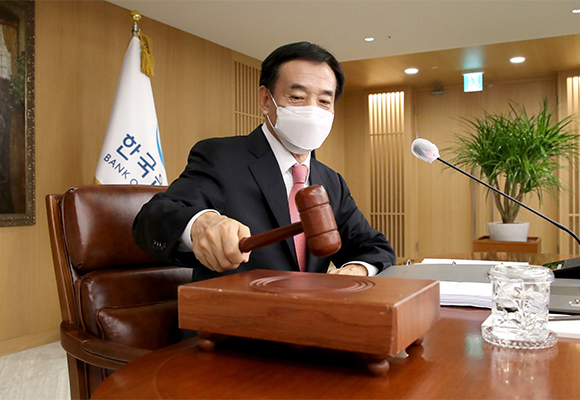 The won has gone back to their weakest of the early outbreak of Covid-19 on foreign flight from the Korean stock markets.

At the onset of new coronavirus in Korea in February, the dollar rose to 1,200 won and stayed around that level until the end of July. On March 20, the local currency hit a 10-year low of 1,296 versus the dollar.

A combination of external factors has fueled appreciation in the greenback and weakened the local currency.

The West Texas Intermediate crude futures topped $80 on Friday for the first time since 2014, fanning prices of commodities from coal to gas and worsening energy crunch in China and Europe.

Market watchers expect a strong defense around 1,200 won led by financial authorities in fear of the impact on importers and the expensive cost of fuel the country relies on.

But since there is a limit to intervention, pundits expect the weakening trend to go on for a while.

Min Kyung-won, a researcher at Woori Bank, however predicted the won could go as low as 1,210.

Seo Jung-hoon, researcher at Hana Bank, said that the weakening won is a not short-term phenomenon and predicted the currency to go as far as 1,220.

By Kim Hye-soon and Lee Eun-joo