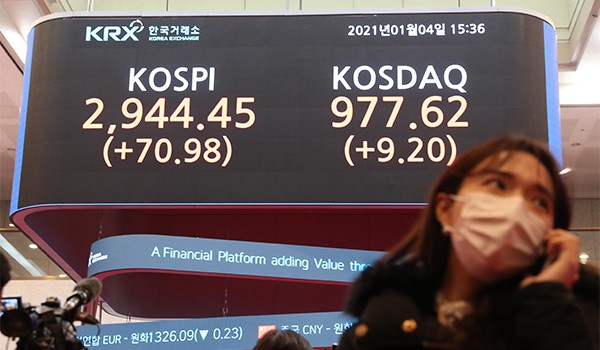 South Korea’s benchmark Kospi opened the Year of the Cow on a bullish note, heading for a new milestone led by unfazed retail push.

Individual investors net bought 1.03 trillion won ($948.2 million) worth of shares on Monday, sucking up most of the 1.19 trillion won offloaded by institutions.

Experts say the country’s response to the Covid-19 outbreak would be a decisive factor for the local stock market.

“Investors have already factored in the global vaccine development into the markets since late last year,” said Chung Yong-taek, head of the research center at IBK Securities. “The Kospi could drop just as sharply as it has surged, making it crucial for Korea to effectively contain the coronavirus.”

Kospi’s total market cap as of Monday was a record 2,029 trillion won. The market has been expanding at a rapid clip. The first time the index crossed 1,000 trillion won was in September 2010. It went on to hit the 1,500 trillion won threshold in May 2017 and topped 2,000 trillion won less than four years later. 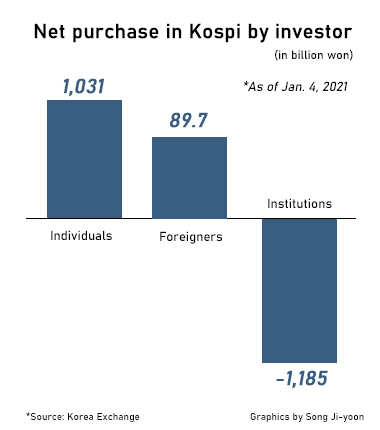 The number of securities accounts jumped 20.7 percent in late 2020 compared with a year earlier.

The Monday rally was driven largely by semiconductors and secondary batteries.