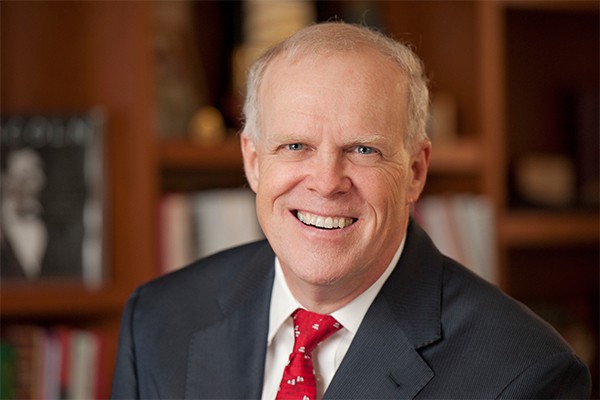 Chip will become omnipotent in the AI-driven digital age as the possibilities of a semiconductor dedicated to artificial intelligence training are endless, John L. Hennessy, an American computer scientist and former Stanford University president, told Maeil Business Newspaper during a recent interview.

Hennessy often dubbed as the “godfather of Silicon Valley” is a board member of the likes of Alphabet, Cisco Systems, and Atheros Communications. In February 2018, Hennessy was announced as the new Chairman of Alphabet Inc., Google’s parent company.

“There are two phases to machine learning: training and inference. Training is very hard computationally and will be dominated by application specific computers. Training happens mostly in big data centers; inference happens everywhere, and I expect special purpose attached processors to become common in phones and other devices where machine learning is heavily used.”

In the past, the semiconductor market raced for higher core integration and operating frequency based on Moore`s law. But now, he argues, how well it can be specialized in AI training is more important.

He said the world is still in the early days of the AI revolution. “I expect rapid progress for at least 10 more years. The use of machine learning is changing the way we build systems and program the most complex applications.”

The next frontier he emphasized after AI is quantum technology, although he said it will take years before it is in widespread use.

Quantum computing, which uses quantum phenomena such as superposition and entanglement to perform computation, is still away from general use. Quantum computers are believed to solve certain computational problems, such as analysis of human genetic mutation process or smart city data that cannot be computed with semiconductor-based computers.

He is also excited about energy technology. He has great expectations of all forms of energy from new sources to distribution to batteries, he said. “If we are to halt the scourge of global warming, we will need significant breakthroughs in energy technologies.”

Mobility and battery businesses are now focusing on reducing the price of battery, which account for more than 40 percent of the car price, as more electric vehicles are on the road. Tesla is trying to develop its own battery, while leading battery makers like LG Chem in Korea, CATL in China and Panasonic in Japan are battling against manufacturing costs.

“I also think there will be a concerted effort to build better technology for combating the next pandemic.” Google is one example as it offered a new service to help track the infection route using smartphones during the coronavirus pandemic.

However, despite all the rosy predictions about technology, he expressed concerns about the stock market reaction.

“Just as I was worried about the dot com bubble in 2000, I worry we may be getting carried away with valuations in the both the unicorn and recent IPO market that cannot be justified by reasonable assumptions about the future.”

Shares of DoorDash Inc. and Airbnb Inc. shot straight up on their IPO day late last year and that points to an overheated stock market, many analysts agree.

Then, how should people prepare for the next decade amid technological changes? His answer is simple. “The key to success in our changing technology world is to be a lifelong learner: ready to learn and try new things.”

By Shin Hyun-kyu and Minu Kim