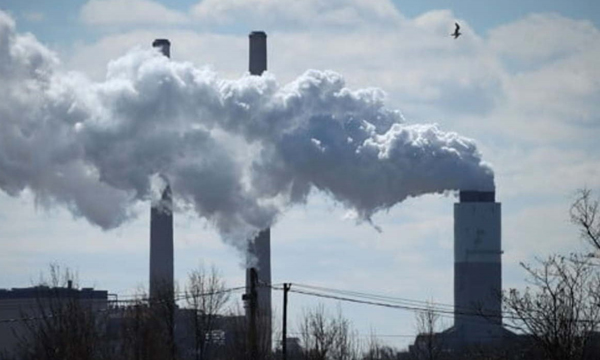 이미지 확대
A carbon tax as a means to achieve neutrality by 2050 could eat into South Korea’s economic growth while adding to inflationary pressure, according to a report released by the Bank of Korea on Thursday.

The central bank estimated that carbon tax would weigh down the country’s gross domestic product (GDP) by 0.08 to 0.32 percentage point and raise the consumer price by 0.02 to 0.09 percent annually by 2050, in its report on the impact of climate change measures on the macro economy.

The bank yielded the result by reflecting the cost of carbon emission as increase in carbon tax and emission reduction achieved by carbon capture, utilization and storage (CCUS) technology as decrease in carbon tax. It assumed two scenarios. The first one is where the country cuts its carbon emissions from 670 million tons in 2020 to 200 million tons by 2050 to limit the global temperature increase between 1.5 and 2 degrees above pre-industrial levels. The second one is where Korea meets its goal to achieve 100 percent net-zero in carbon emission by 2050 to limit the warming to 1.5 degrees.

The BOK said carbon tax would have a negative impact on the economic growth and inflation in the long run unless there are remarkable technological development to switch to low-carbon power generation or clean energy sources like solar, wind and green hydrogen.

The central bank also found that the government’s investment of 1 percent of the GDP would not be enough to offset the bad impact. But if the government spends a certain percent of the carbon tax revenue that will increase every year, the negative effects could significantly decrease.

“Achieving carbon neutrality by 2050 would have some negative impacts on the overall economy,” said a BOK official. “The country needs to encourage voluntary participation from the private sector and work out a detailed plan to achieve the target gradually.”