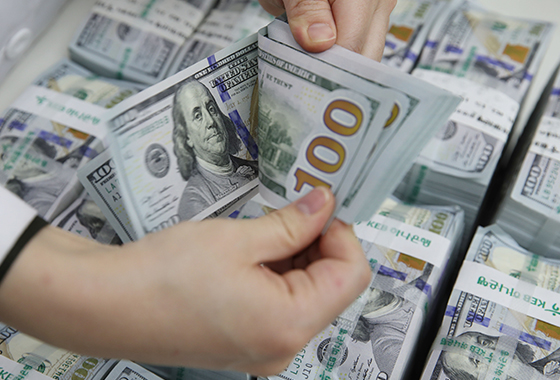 According to the Bank of Korea on Friday, the outstanding balance of foreign currency deposits stood at $463.9 billion as of end-August, up $5.25 billion from the previous record high set in July.

It received $11.69 billion worth of SDR from the IMF last month in line with the organization’s $650 billion global liquidity push aimed at helping countries cope with the fallout of Covid-19. The allocation has raised Korea’s SDR holdings from $3.5 billion to $15.3 billion. 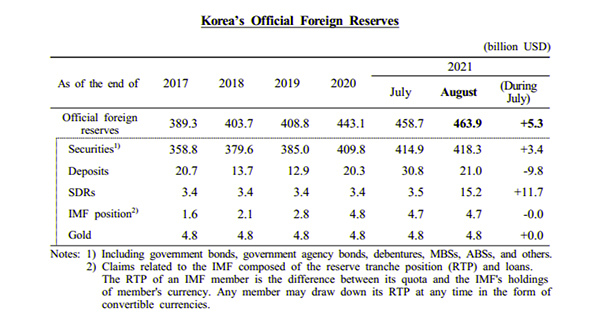 Securities gained $3.4 billion from the previous month to $418.3 billion, accounting for 90.2 percent of the FX reserves.

Deposits came to $20.9 billion, off $9.82 billion on month, and the reserve position, or reserve tranche purchases a member may claim from the IMF, shed $20 million to $4.65 billion.

Korea was the eighth largest holder of foreign exchange reserves as of the end of July. China topped the list with $3.23 trillion, followed by Japan at $1.38 trillion and Switzerland $1.08 trillion.