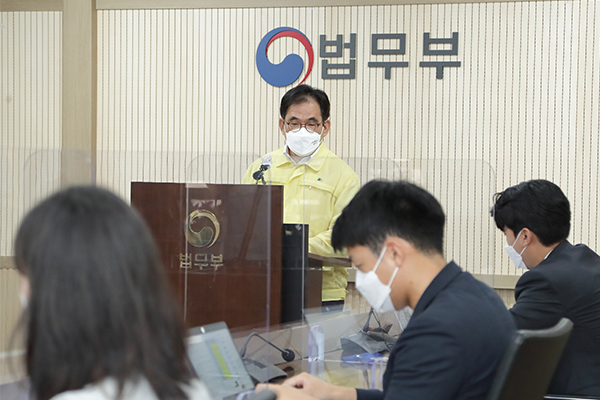 South Korea is bringing some 380 Afghans who had aided the country’s campaign to rebuild the war-torn nation for shelter from horrific turmoil after Taliban seizure and granting special stay permits for Afghans already residing in Korea.

The justice ministry announced on Wednesday that it will issue temporary stay permits for a total of 434 Afghan nationals residing in the country until the situation in Afghanistan regains stability.

Of the total, 169 people have less than six months left until their visa expires and 72 are staying illegally, according to the ministry.

The ministry said it will allow legal aliens to stay beyond their visa expiry after conducting background checks on their place of residence and local contacts to ensure public safety. Those who are illegally staying will not be deported and be allowed to stay in Korea until it becomes safe to voluntarily return home.

Those who have no local contacts or have criminal records will be put under the ministry’s custody.

Meanwhile, three Korean military planes are airlifting some 400 Afghans and their family members out of Kabul, according to the ministry of foreign affairs.

The evacuees are medical professionals, vocational trainers, and interpreters who worked for Korea`s embassy in Afghanistan, as well as their family members. Choi added that the evacuees are coming not as refugees but will be treated as people with special merit.

Upon their arrival, they will be tested for Covid-19 and stay at the National Human Resources Development Institute in Jincheon, North Chungcheong Province for six weeks, including the two-week coronavirus quarantine.

The justice ministry will hold a briefing session on Thursday to provide local residents with further details.