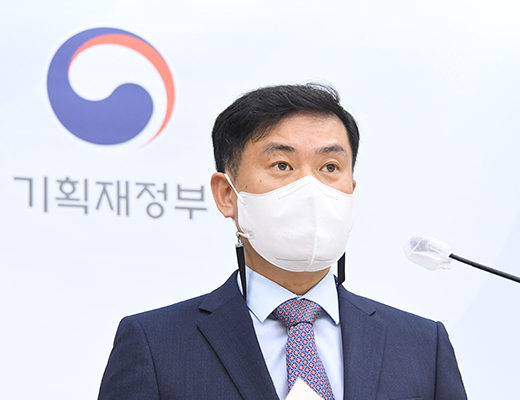 [Source: Ministry of Economy and Finance]

The South Korean economy faces continued uncertainty around private consumption as the pandemic resurgence and tougher virus curbs are taking a toll on face-to-face service sectors, while exports remain robust and the job market has improved, the finance ministry said Friday.

“The country’s economy appears to be on a recovery path thanks to robust exports and improving job market conditions, but the latest flare-up in Covid-19 cases could heighten uncertainty over an improvement in domestic demand, particularly in in-person service sectors,” the Ministry of Economy and Finance said Friday in its monthly economic review named Green Book for August.

The ministry until June kept an upbeat tone about the economy, but as the country battles the worst resurgence of the virus since July, it omitted the words “improvement” and began to focus more on market risks and uncertainties.

It voiced concerns about the impact on domestic demand of the latest spike in new daily Covid-19 cases hovering around the 2,000 level. The greater Seoul area has been under the strictest social distancing rules since July 12 which bans private gatherings of more than two people after 6 p.m.

Car sales, however, fell 14.9 percent against the year-ago period, marking the fifth consecutive month of declines. The consumer sentiment index came to 103.2, dipping for the first time since December.

Tourists from China gained 34.7 percent on year, slowing from a 116.3 percent jump in June.

“Given the expanded online consumption, the impact of the virus resurgence on consumption appears to be limited," said Kim Young-hoon, a senior ministry official. He said that lingering concerns of inflation and a global resurgence in coronavirus cases, however, will serve as bigger downside risks down the road.

Despite the virus resurgence, the country is expected to achieve its annual growth target of 4.2 percent, the ministry said.