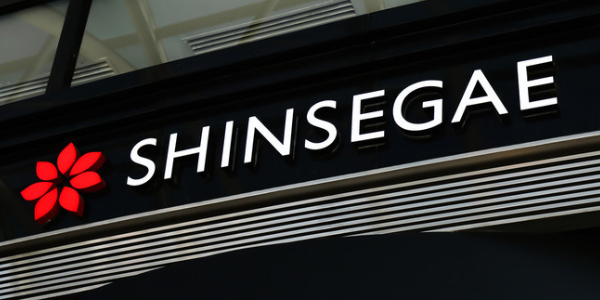 이미지 확대
South Korea’s retail giant Shinsegae Group will be finalizing ownership restructure in Starbucks Korea this week at the earliest to gain full ownership and then bring Singapore sovereign wealth fund GIC onboard in a pre-IPO funding with a scheme to go public within the next five years.

According to multiple sources from the investment bank industry on Sunday, Shinsegae Group may sign a deal with Seattle-based Starbucks Corp. within the week to buy out the remaining 50 percent in the Korean operation.

Its grocery flagship Emart disclosed Monday that it has been working to raise its stake in Starbucks Korea beyond 50 percent, but added that nothing has been finalized.

Shares of Emart that rose as high as to 165,000 won earlier Monday came down to 160,000 won, up 1 percent higher from Friday after the disclosure.

Upon gaining full ownership, Shinsegae will sell 30 percent to GIC for 800 billion won ($694 million) in Starbucks Korea whose value has been recognized at 2.7 trillion won.

Shinsegae through Emart will gain full management control in Starbucks Korea, operating since 1997 as a 50:50 joint venture to dominate the market as an unrivalled No. 1.

Shinsegae Group is separately negotiating GIC on the terms for pre-IPO funding with a promise to buy back the equity if the IPO is not achieved within the promised period.

“Shinsegae is offering to list Starbucks Korea within four to five years,” one bank source said, projecting the value to reach over 3 trillion won after going public. 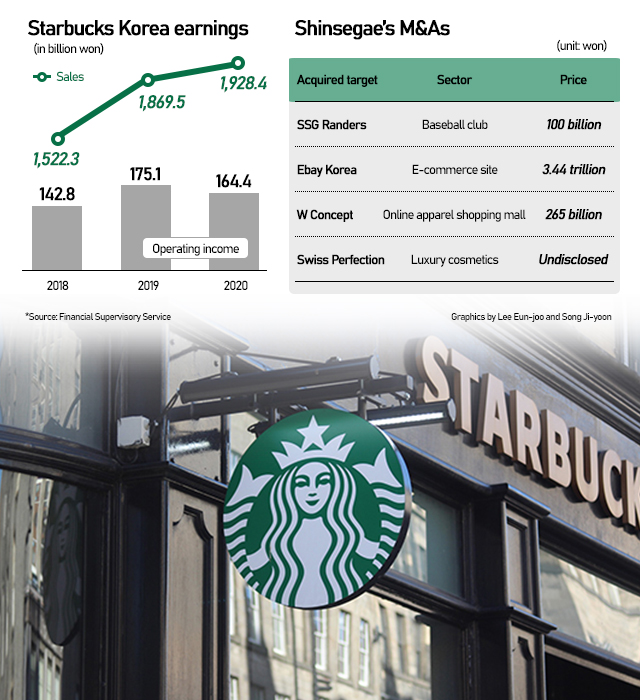 Even under mitigation against Covid-19, Starbucks Korea raised 1.93 trillion won in revenue in 2020, up from 1.87 trillion won in 2019. Operating income fell slightly from 175.1 billion won to 164.4 billion won on increased costs to comply with the government’s social-distancing rules.

Given Shinsegae Group’s shareholder-friendly policy, Starbucks Korea will likely pay out generous dividends which will in return fatten the bottom line of parent Emart.

Shinsegae is expected to make most of the coffee branding power and network to maximize synergy in retailing. Starbucks Korea recently collaborated with Emart’s baseball club SSG Randers to sell the baseball club’s hats and uniforms.

Shinsegae has lately been active on the M&A scene.

Its investment in additional ownership in Starbucks Korea can bring up total M&A spending to 4.2 trillion won this year alone.