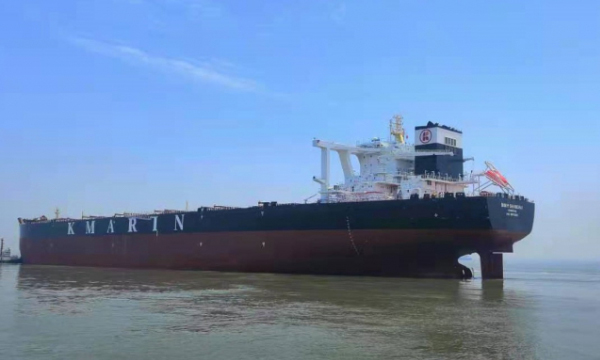 Alternative asset investment has matured in South Korea to the extent of offering a diverse choice in properties and maturity and drive public funds to design own blind fund.

The long-dated fund was pooled from local public pension funds and multiple lenders at home and abroad in 2018 to buy eight 325,000 DWT bulkers for lease to the world’s largest nickel producer.

The fund became active after KOTAM received the first vessel from Yangzi-Mitsui Shipbuilding Co. on Tuesday. The rest will be delivered by the end of next year.

The fund is structured to reward a fixed return on a monthly basis with charter fees paid by Vale. The fund attracted many institutional investors thanks to its stable profit structure, a KOTAM official explained.

KOTAM is alternative assets investment platform specializing in infrastructure investment such as airplanes, vessels and other transportation assets. Its parent Kukje Maritime Investment Corp. (KMARIN) is an energy transporting company that owns and charters 70 some vessels. Its clients include British multinational oil and gas company BP and international shipping company Maersk.

The eight bulkers purchased by KOTAM will be operated by KMARIN Ocean Services Corporation (KOSCO), a wholly-owned subsidiary of KMARIN.

KTCU has recently set out to recruit a manager for the 30-year blind pool fund worth 500 billion won in assets under management (AUM), according to investment banking industry sources on Tuesday.

KTCU wants to invest 40 percent of the fund in office properties and 30 percent in logistics centers. Details of investment plans will be determined in the future.