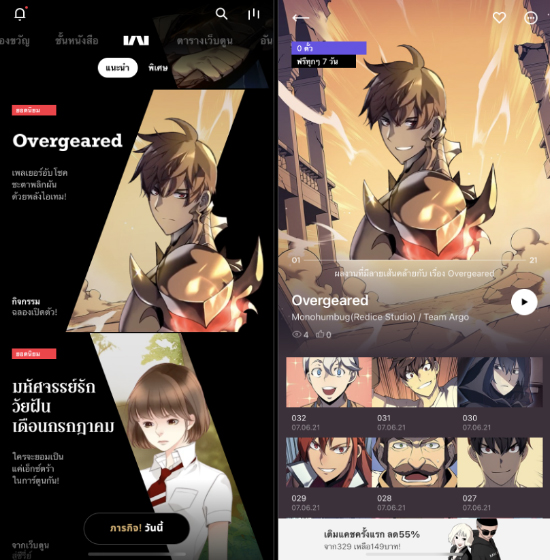 Kakao Webtoon has become the most popular app in Thailand and Taiwan in digital comic downloads, elbowing out its archrival Line Webtoon in just a week after it first made inroads into the two markets, the company said Friday.

Line Webtoon run by Korean portal giant Naver Corp., which reached out to Thailand and Taiwan in 2014, ranked No. 2 and No. 4 in the two markets, respectively, in downloads after Kakao Webtoon emergence. It, however, is still ahead of Kakao Webtoon in terms of No. of users and sales.

The company claimed that Kakao Webtoon has established a new standard in webtoon and web story sector in Thailand.

Hyun Yang-won, head of Kakao Entertainment’s Thailand corporate, said that the company opened an official social networking service channel as soon as it opened a corporate in Bangkok in June last year and that it has continuously communicated with users and webtoon fans. 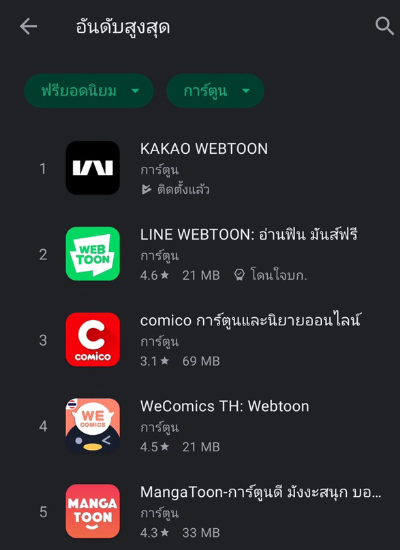 Kakao Webtoon plans to launch marketing campaigns in full swing from July to solidify its top position in the two markets, with an aim to push out Line Webtoon by its archrival Naver.

In Japan, Naver was dominant leader in webtoon market until a year ago but gave in to Kakao Japan’s Kakao Piccoma.

Kakao Webtoon is expected to expand the number of digital comics and stories in the two regions – from current 70 to about 200 in the second half of the year.

Lee Jin-soo, head of Kakao Entertainment, said that Kakao Webtoon’s successful launches in Thailand and Taiwan are based on three factors – super IP portfolio verified in Korea, Japan, and U.S., differentiated IPX, and thorough localization. The company has earned confidence for further market expansion this year.

By Lim Young-sin and Lee Eun-joo