Antibiotic sourced from S. Korea hits the market for the first time in US 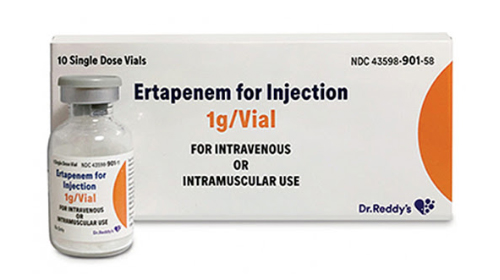 A carbapenem antibiotic manufactured with raw materials from JW Pharmaceutical Corp. has been launched in the United States, making first case of a Korean raw material sourcing in a drug type sold in the world’s largest drug market.

JW Pharmaceutical Corp. announced Wednesday its ertapenem API-based antibiotic manufactured by India’s Gland Pharma has entered local distribution in the U.S., a significant achievement that will contribute to the Korean company’s earnings growth in the future.

JW Pharmaceutical and Gland Pharma will be exploring Canada and other markets beyond the U.S., said a JW Pharmaceutical spokesperson, expecting exports of its ertapenem will exceed $10 million a year.

Ertapenem is a carbapenem, which emerges as a next-generation alternative to cephalosporins and penicillin. It is a powerful antibiotic that kills bacteria causing a range of diseases including pneumonia, skin tissue infection, and urinary tract infection.

JW Holdings, the holding firm of JW Group, signed a contract with Gland Pharma to supply raw materials of ertapenem in 2017. Gland Pharma has churned out ertapenem products in India using raw materials from JW Pharmaceutical’s Sihwa plant and received marketing authorization of ertapenem from the U.S. Food and Drug Administration in March this year.

By Shin Soo-hyun and Minu Kim