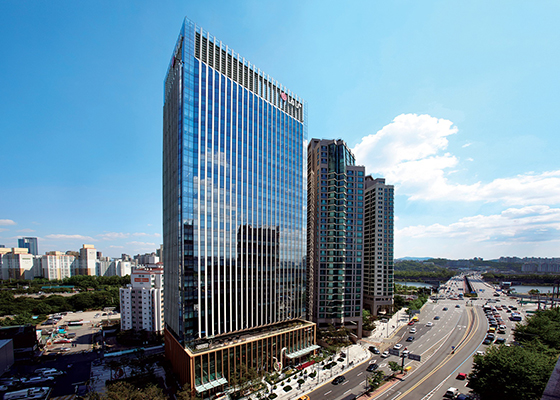 Long-time No. 3 wireless carrier LG Uplus Corp. is executing shareholder-friendly policy through its first-ever buyback and interim dividend program, reflecting its confidence from its headway on business sprawling from 5G network.

LG Uplus announced in a regulatory filing Tuesday that its board has approved a share repurchase scheme of 100 billion won ($90 million), due to be completed next year. This is the first time the mobile carrier to buy back treasury shares.

The company said the share buyback and extra dividend policy are part of its efforts to prop up shareholder value and stock price.

LG Uplus CEO Hwang Hyun-sik purchased 25,000 shares of the company’s stock worth 315 million won in April on top of the 20,800 shares he had previously held since 2009 to show his commitment to responsible management.

Shares of LG Uplus have risen more than 26 percent since Hwang’s inauguration on March 19.

By Lee Seung-yoon and Lee Soo-min