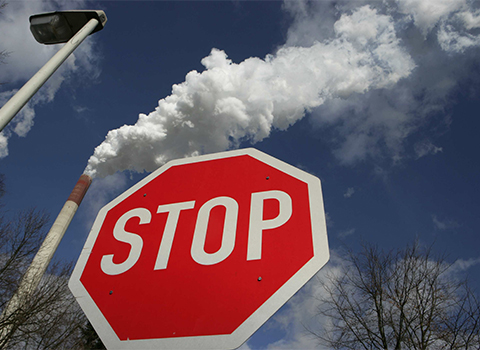 이미지 확대
Carbon prices, or the charges companies have to pay up for emitting carbon beyond permissible threshold per year, have rebounded 26 percent from last year’s lows amid joining of market makers to stimulate the trade in compliance with the government-led green initiative toward carbon neutrality.

The price of a carbon credit plunged from its peak 40,900 won per ton in December 2019 amid virus scare but started to stabilize recently in line with the joining of three market makers in carbon credits – Korea Investment & Securities, Hana Financial Investment and SK Securities – in the country’s emissions trading system.

The brokerage houses as liquidity providers buy and sell a guaranteed number of carbon credits in a bid to reduce bid-ask spreads and keep the market liquid.

Experts expect their participation will help boost the market as they have cumulative knowhow from market making on the stock bourses.

A carbon credit is a permit that allows the company who holds it to emit one ton of carbon dioxide or other greenhouse gases.

Korea in 2015 introduced the emissions trading system to meet its self-imposed strict emission cut commitment. Under the system, companies must buy emission rights from the market plus tripled premium if they use up their quota.

The government earlier vowed to reduce annual greenhouse gas emissions by 37 percent by 2030.

Korea’s emissions trading market grew fast in recent years, with the transaction volume up to 20.95 million tons last year from 1.24 million tons in 2015. In terms of value, transactions jumped to more than 44-fold during the cited period, ranking second in the world after the European Union.

Currently some-600 Korean companies join the country’s emissions trading market. To rejuvenate the market, the exchange plans to allow other brokerage houses to join the market and upgrade the system also for retail investors.