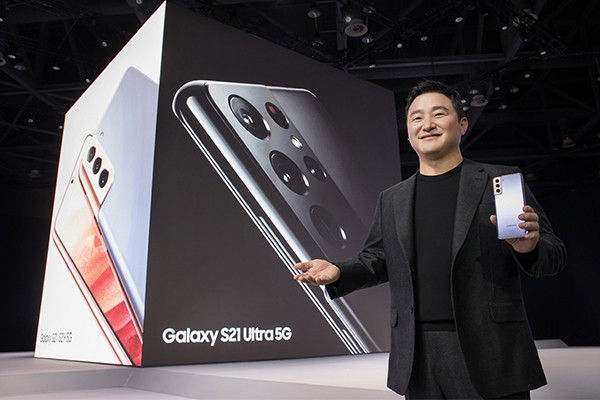 The biggest highlight of the new premium phone is a $200 price cut from its predecessor model.

Samsung Electronics priced the entry-level Galaxy S21 at 999,900 won ($911.4) – which is 240,000 won less than the Galaxy S20 – to become its first 5G flagship device to be sold under 1 million won. The company hopes the cheaper pricing can help boost its phone sales at a time of low consumer confidence amid the prolonged Covid-19.

But despite the lower pricing, the Galaxy S21 series come with more enhanced features, especially its camera functions, and design, the company said.

The handsets come in completely new back design with an iconic Contour Cut Camera housing that “seamlessly blends into the device’s metal frame for a sleek, yet striking, aesthetic,” according to Samsung.

Camera performance has also been upgraded with artificial intelligence (AI)-powered triple-lens pro-grade camera. The Galaxy S21 and Galaxy S21 Plus are each loaded with a 12MP dual pixel pantoscopic camera, a 12MP super wide-angle camera, and a 64MP telecamera on rear. The most powerful feature is the new Zoom Lock feature that minimizes shaky hands and brings clearer images at 30x zoom based on AI.

The new Director’s View feature brings more convenience in video shooting as it shows various angles of the camera all in one screen.

“We are living in a mobile-first world, and with so many of us working remotely and spending more time at home, we wanted to deliver a smartphone experience that meets the rigorous multimedia demands of our continuously changing routines,” said Roh Tae-moon, president and head of mobile communications business at Samsung Electronics. “We also recognize the importance of choice, especially now, and that’s why the Galaxy S21 series gives you the freedom to choose the best device for your style and needs.”

The higher-end Galaxy S21 Ultra has even enhanced camera features than the Galaxy S21 and S21 Plus. It has a quad rear camera – ultra-wide, wide, and dual tele-lenses ones – and features 100x Space Zoom powered by its first-ever dual-tele lens system – one optical 3x and one optical 10x. 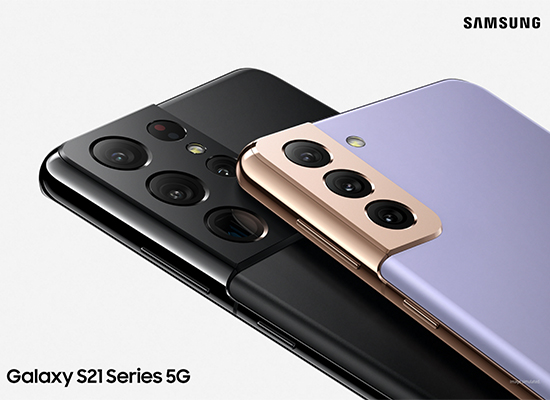 The Galaxy S21 Ultra also features S Pen – the first time for any S Series device. The S Pen, however, isn’t a built-in like the Galaxy Note series but can be purchased separately as a part of a cover accessory.

The Galaxy S21 Ultra comes in a 6.8-inch display that is considered Samsung Electronics’ most intelligent screen yet. Based on the Quad HD+ display, the screen’s refresh rate adjusts automatically from 10Hz to 120Hz depending on the contents.

The device is also the first smartphone to support Wi-Fi 6E that ensures faster internet speed.

The Galaxy S21 Series are all powered by Samsung Electronics’ latest mobile processing chip Exynos 2100 in its application processor. The newest chipset Exynos 2100 is produced based on 5-nanometer extreme ultraviolet (EUV) process.

The series, meanwhile, do not come with chargers or earphones in the box, following the latest industry trend for an environmental reason. When releasing its iPhone 12 in October, last year, Apple excluded chargers and earphones from its box citing environment protection.

Samsung Electronics will receive pre-orders until Jan. 21 before official release on Jan. 29.

By Hong Sung-yong and Lee Eun-joo