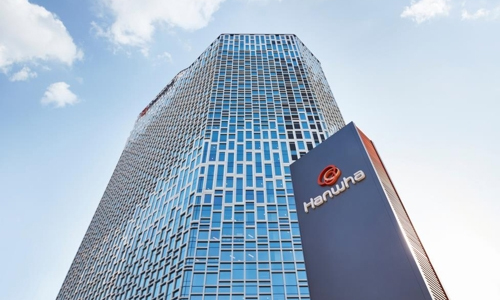 이미지 확대
Shares of Hanwha Corporation, the holding company of South Korea’s seventh-largest conglomerate Hanwha Group, have gained traction lately, jumping over 7 percent this year after a lackluster 2020 thanks to improved earnings of its solar power business unit and aggressive expansion into aerospace sector.

As of Wednesday, Hanwha shares have soared 7.2 percent this year, gaining momentum early on compared to a 13.2 percent gain across the full year in 2020.

Other Hanwha Group shares are also on rally this year. 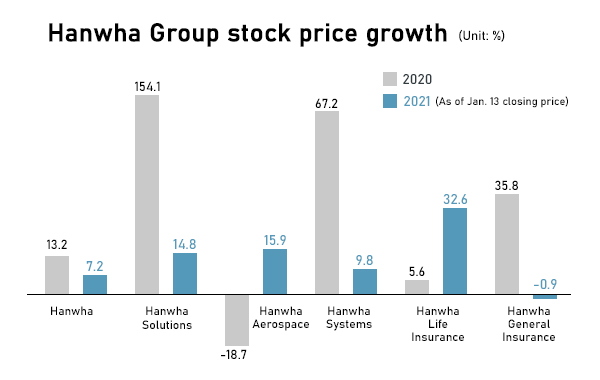 An unnamed official from the financial investment industry said major conglomerates have shown aggressive inroads into new business sectors in the start of the year – SK Group in hydrogen and bio sectors and LG Group in secondary battery cells – but there was no such movement by Hanwha Group.

Investor sentiment seem to have turned friendly towards Hanwha shares amid growing interest in aerospace business in Korea after developments achieved by American aerospace manufacturer SpaceX.

Hanwha is also expected to see improved earnings this year on the back of rosy outlook for its subsidiaries including Hanwha Life Insurance.

According to Kyobo Securities, Hanwha Life Insurance is projected to raise 298.7 billion won in net profit this year, up 31 percent from last year. 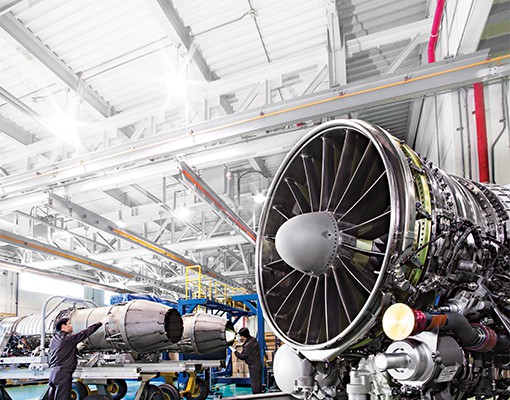 Kim Ji-young, a researcher at Kyobo Securities, said that life insurance business is highly sensitive to interest rates and that a rise in the market rate this year will improve investor sentiment.

The brokerage projected Hanwha Aerospace to have raised 67.4 billion won in operating income in the October-December period, up 92 percent from the same period a year ago. Revenue is also projected to have surged 13 percent to 1.8 trillion won during the same period.