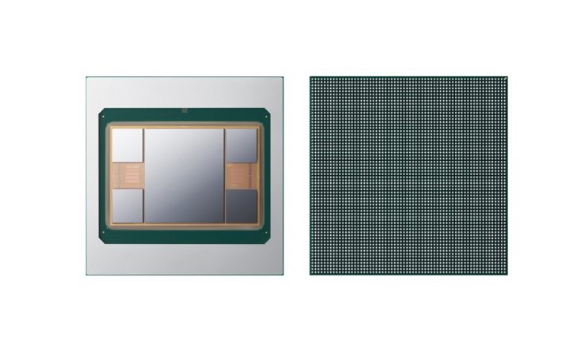 The new I-Cube4, the successor of I-Cube2, incorporates four high bandwidth memories (HBMs) and one logic die like CPU, GPU, etc. on a silicon interposer to operate as a single chip in one package, the tech giant announced Thursday.

The silicon interposer area in general is proportional to the number of logic dies and HBMs. Samsung Electronics focused its study on how to control warpage and thermal expansion of the 100㎛-thick interposer by changing the material and thickness.

I-Cube4 also features own mold-free structure to remove heat and enhance the yield by filtering out defective products in a pre-screening test during fabrication. This helps reduce the number of process steps, further saving costs and turnaround time, according to the company.

“With the explosion of high-performance applications, it is essential to provide a total foundry solution with heterogeneous integration technology to improve the overall performance and power efficiency of chips,” said Kang Moon-soo, senior vice president of foundry market strategy team at Samsung Electronics.

“With the mass-production experience amassed through I-Cube2 and the commercial breakthroughs of I-Cube4, Samsung will wholly support customers’ product implementations,” Kang added.