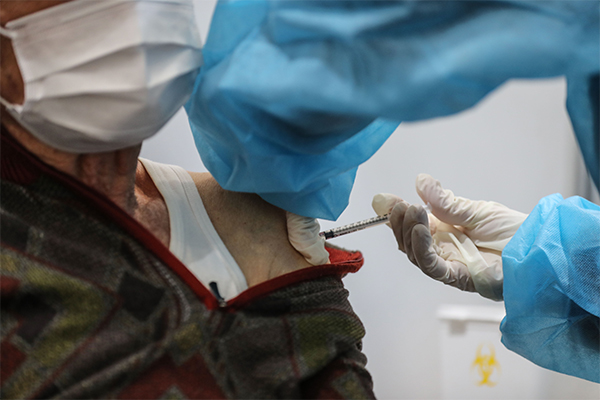 A Korean pharmaceutical company will be commissioned to mass produce an approved coronavirus vaccine for a foreign company from August this year, the government announced on Thursday.

Baek Young-ha, who is in charge of the country’s vaccine procurement, said the companies are in talks to seal their contract and mass production will take place in August.

Baek did not disclose the name of the companies and the vaccine brand to be produced in Korea, saying details will be disclosed only after the contract is finalized.

Globally approved Covid-19 vaccines include those from AstraZeneca, Pfizer and Moderna.

Investors speculated the candidate to be GC Pharma given its facility and production technology. GC Pharma shares gained 10.05 percent to close at 396,000 won. Other potential producers include Hanmi Pharm, ST Pharm and SK Bioscience. Shares of ST Pharma and Hanmi Pharm each ended 5 percent higher SK Bioscience fell 4 percent as it was crossed of the list since it is already commissioned to produce a vaccine for AstraZeneca. It also plans to produce a vaccine for Novavax from June.

South Korea is among the slowest in vaccine program in the developed category with vaccination rate at 2 percent level. But Beak claimed the country has an edge of having vaccine manufacturing capacity. It will commit to reaching a goal of completing herd immunity by November based on a stable vaccine supply.