The Joe Biden government is planning to block shipments of deep ultraviolet (DUV) equipment such as argon fluoride (ArF) equipment to China, according to sources from the semiconductor industry on Monday. “The U.S. government needs to ban the export of such equipment in cooperation with Japan and the Netherlands in order to keep China at bay,” said the National Security Commission (NSC) on Artificial Intelligence in a report early March.

Export of extreme ultraviolet (EUV) equipment to China has already been banned by the former Donald Trump administration amid the lengthy fight between the two superpowers over trade and economic issues. ArF is necessary for 16 nanometer (nm) lithography process. Samsung Electronics is producing 3D V-NAND and SK hynix 10nm DRAM in China by using ArF. 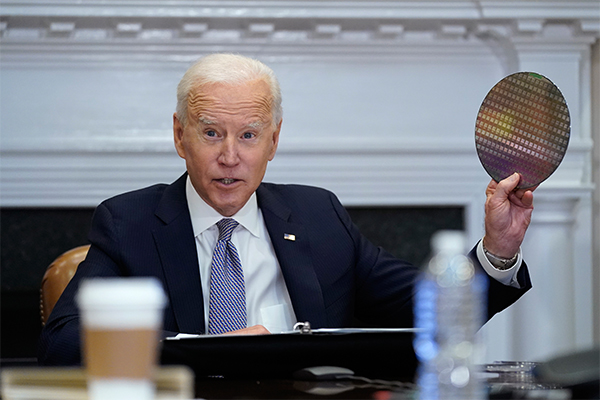 The U.S. government’s plan to tighten restrictions on China is causing jitters to the Korea’s chip making industry. Korea Semiconductor Industry Association (KSIA) reportedly requested the U.S. government to exempt factories of Samsung Electronics and SK hynix in China from the ban, according to sources. They are concerned that the U.S. sanctions, currently subject to a handful of Chinese firms such as the country’s top chip maker SMIC, could expand to the entire semiconductor producers in China.

“Samsung Electronics and SK hynix could not receive the U.S. approval to ship such equipment to their respective factories in Xian and Wuxi amid the intensifying U.S.-China power struggle,” said Hanyang University professor Park Jae-geun. “Since the companies may find it difficult to negotiate the issue on their own, the Korean government should step in to exert its diplomatic and trade influence to solve the problem.”