Korea’s total liabilities that include the national debt and state pensions to be paid later to civil servants and veterans amounted to 1,985.3 trillion won in 2020, marking the largest-ever on-year increase of 241.6 trillion won since 2012, according to the government’s settlement report approved by the Cabinet on Tuesday.

The debt size also exceeded that of the country’s nominal gross domestic product (GDP) for the first time. 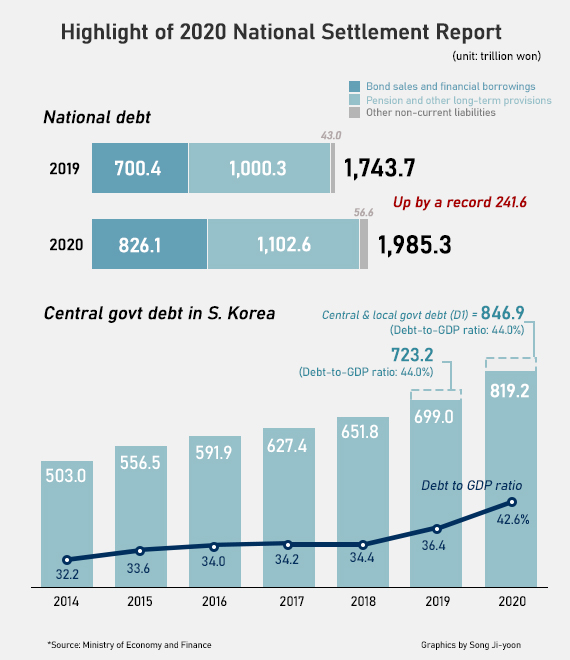 이미지 확대
As a result, the national debt (D1), which covers bond sales and other financial borrowing by central and provincial governments, reached 846.9 trillion won last year, up by 123.7 trillion won from a year ago. Accordingly, the country`s debt-to-GDP ratio came to 44.0 percent as of 2020, up from 37.7 percent the previous year.

Another factor for the gain in national debt was an increase of 100.5 trillion won in the government’s provisions for national pensions to be paid civil servants and veterans.