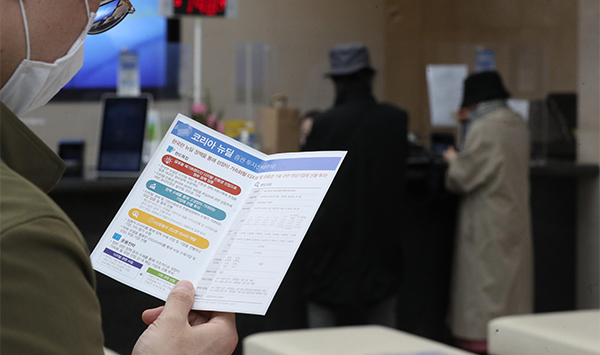 State-backed New Deal fund worth about 150 billion won ($133.4 million) to invest in digital, robotics, bio and other new growth choices of the South Korean government has sold out in less than a week since it became available for retail grab thanks to the fund’s appeal on rare loss coverage.

The Korea Financial Investment Association said on Monday that the 146 billion won worth public subscription share to New Deal fund that began sale on March 29 has been fully booked, ahead of the April 16 deadline.

The fund is one of the government’s grand financing initiatives to support the Korean version of New Deal projects unveiled last year that aim to foster digital infrastructure and green industries in the post-Covid-19 era. It invests in convertible bonds and bond warrants issued by digital, renewable, bio, green-friendly companies. The government will cover for any loss below 20 and asset management companies 1.5 percent, which means investors’ principal is saved.

An unnamed official from the Korea Financial Investment Association expect that these so-called New Deal funds would play an important role in supporting development and advancement through thorough follow-up management and substantial investment execution by fund manager and lead institutions.

By Kim Jung-beom and Lee Eun-joo