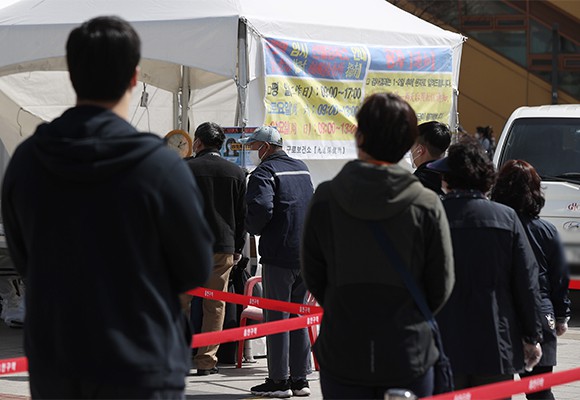 Foreign communities in Seoul are strongly protesting to the executive orders from the Seoul and Gyeonggi Provincial governments mandating all non-Korean nationals residing in the capital region to take Covid-19 tests.

Seoul city government on Wednesday issued an administrative order requiring all foreign workers in the capital – at least 60,000 – to undergo Covid-19 tests by the end of this month in a move to contain the spread of coronavirus, the metropolitan government said on Thursday. The order was made after a surge in infections among foreign factory workers.

The foreign community criticized the move as discriminatory against foreign nationals as test is not mandatory for Korean nationals.

Graham Nelson, political counselor of the UK Embassy in Seoul, tweeted on Thursday that many foreigners are concerned about the move that obliges only foreigners to receive the mandatory test in Gyeonggi and Seoul.

“Coronavirus is indifferent to nationality,” he wrote in Korean. “[The city] should target the working environment where the virus spreads easily rather than the race.”

James Kim, chairman of the American Chamber of Commerce in Korea, also sent out an e-mail to business members that the chamber is in discussion with the Korean government to address to the universal action on foreigners by Gyeonggi and Seoul governments.

Under Seoul city measures, which follow the footstep of Gyeonggi Province, all foreign workers in the area including professors, media professionals, and business workers must take Covid-19 test.

The administrative order was criticized also in the political circle as being “discriminatory” against foreigners.

Lee Sang-min, lawmaker of the ruling Democratic Party, wrote on his social media that the order is a “racist towards foreigners.” It also infringes human rights, he said.

The academic circle joined the critical voice upon receiving an official document from the Seoul city ordering foreign staff to receive Covid-19 test.

An unnamed official from Seoul National University said that it is an act of discrimination to force foreign staff to receive Covid-19 test just because they are foreigners and that it is considering applying for an injunction against the administrative order.