이미지 확대
South Korean internet giant Naver Corp. and leading grocery chain operator Emart Inc. are teaming up to expand their footprint in the local e-commerce market dominated by Coupang Inc. whose valuation and ammunition would multiply after it goes public on the New York Stock Exchange this week.

According to multiple sources from the investment bank and retail industries on Tuesday, Naver and Emart plan to sign an agreement as early as next week to swap 250 billion won worth of shares. The two are making final touches to the deal.

Under the alliance outline, Naver and Emart are mulling to bring on CJ Logistics, with whom Naver has already entered a strategic partnership through an equity swap last year, to reinforce Emart’s online SSG.com shopping mall’s delivery system.

Emart’s online sales has been growing since the launch of its integrated online platform SSG.com, but cannot be matched to dominant player Coupang.

A strategic alliance via a stock swap with Naver, the only formidable rival to Coupang, can accelerate Emart’s foray by integrating IT capacity and database.

Naver in return will be able to expand its offline-linked business such as by boosting its one-day and fresh food delivery service.

Last year, Naver Shopping took up 16.6 percent of the country’s internet shopping sales, standing ahead of Coupang at 13 percent. Coupang, however, is expected to aggressively expand its business after its IPO on Wall Street this week, which can threaten its leading position. eBay Korea commanding a 12.4 percent share is also up for grabs in the ecommerce market that can shake up industry ranking. 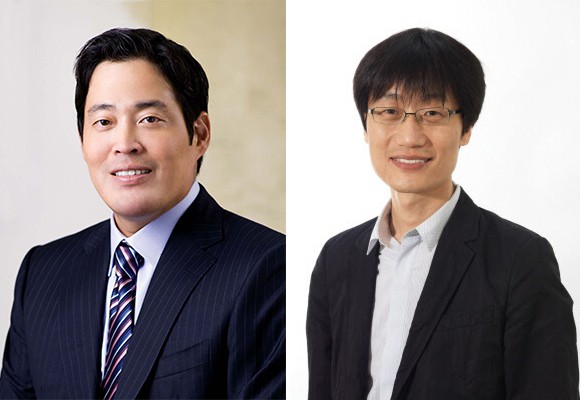 The partnership picked up speed after Chung Yong-jin, vice chairman of Shinsegae Group, visited the headquarters of Naver earlier this month and discussed possible ties in the retail sector.

Naver’s partnership with Emart focuses on Emart’s strengths – strong offline business and online and offline commerce strategy based on its offline branches.

Currently, about 130,000 deliveries are made every day at SSG.com. Of them, 80,000 deliveries are from its online-exclusive distribution center NE.O in Gimpo and Yongin and the remaining 50,000 from PP centers at 110 Emart offline branches. NE.O is responsible for next-day morning delivery and Emart branches same-day delivery. Emart is capable of managing about 40 percent of online deliveries using offline infrastructure.

Total transactions at SSG.com last year surged 37 percent from a year ago. Emart’s consolidated sales reached over 20 trillion won for the first time since its inception despite sluggish retail industry due to Covid-19.

Emart’s partnership with Naver Shopping will also help upgrade its e-commerce capacity by leveling up artificial intelligence and big data usage that are essential in e-commerce business.

Since last year, Emart has been putting out efforts to enhance its technology capacity in ecommerce area such as AI by inviting outside experts. The retailer hired Chang Yoo-sung, former head of SK Telecom mobility business as head of SSG.com data infrastructure and Jin Yo-han, former group head of digital transformation at SK Telecom as Emart’s head of digital business.

Emart and Naver partnership will also lead to ties with CJ Logistics, allowing expansion in product category and distribution network.

A link between Smart Store seller and CJ Logistics distribution network will boost convenience and allow one-day delivery system around the clock. Naver, which does not have its own delivery network, will be able to expand its distribution line and further increase its presence in the open market.

An unnamed industry official said that there will be a big synergy when Emart, which uses its branches as distribution center, adds distribution capacity of CJ Logistics.