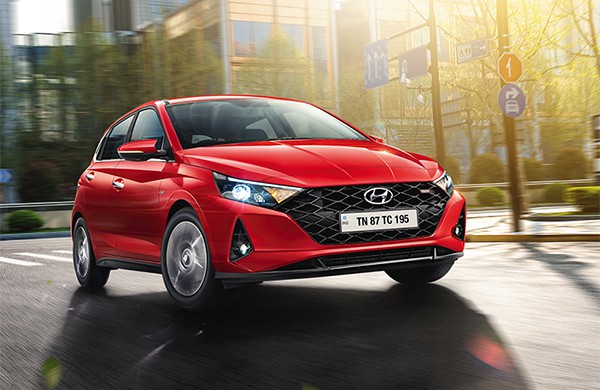 South Korea’s largest automaker Hyundai Motor Co. is making fast strides in the world’s second most populated country with shipments surging by 26 percent led by its latest hatchback i20 crowned as the Car of the 2021 in India.

According to the Society of Indian Automotive Manufacturers (SIAM) and local media reports on Sunday, Hyundai Motor saw an on-year sales growth of 26.4 percent in India in February, registering total sales of 61,800 units in the month. Its sales in India and exports jumped 29 percent and 14 percent, respectively. Its growth exceeded the 23 percent average growth in February car sales in India against a year ago period.

Hyundai accounted for 16.7 percent in India after the country’s largest automaker Maruti Suzuki in February. Its sister Kia Corp. came fourth with a 5.4 percent share with sales rising 6.7 percent to 16,702 units, elbowing out local rival Mahindra & Mahindra and Honda.

Latest releases have given impetus to Hyundai’s penetration in India, a hugely potential market where car ownership stops at 45 per 1,000 individuals.

Hyundai Motor’s newly revamped premium hatchback i20 was named as the Indian Car of the Year award (ICOTY 2021). Since its launch in India in November 2020, the new i20 has been one of the best-selling vehicles of Hyundai Motor India.

Hyundai Motor is planning to roll out low-end EV versions in i20 and its best-selling passenger vehicle Creta.

By Park Yun-gu and Lee Soo-min