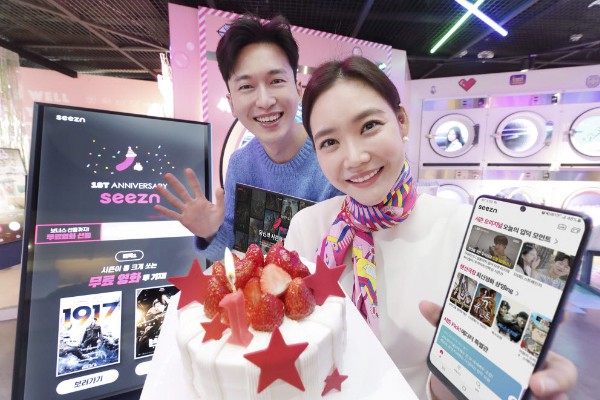 According to multiple industry sources on Thursday, KT recently sent out letters to content producers at home and abroad that provide programs to Seezn, its over-the-top (OTT) media service, to notify them of its reorganization scheme.

An unnamed official from KT confirmed that the company is reviewing an option of setting up a sole company dedicated to mobile media business, including OTT media service, although a final decision has not been made internally.

KT has recently joined the content streaming bandwagon that is currently led by global giants Netflix and YouTube for a breakthrough in stagnated network business. Korea’s content streaming market has become the new battle field for all three wireless carriers in Korea.

The plan to launch Seezn as an independent entity is part of its broad goal to transform into a media company. Last month, KT announced plans to set up a new unit, KT Studio Genie, responsible for group content business, as part of efforts to boost media and content business.

At the time, KT explained that it will seek synergy between KT’s media platforms through Studio Genie and enhance original content production.

Sources expected that independent Seezn would either work with Studio Genie or would be put under Studio Genie as its subsidiary to create synergy.

In the long run, sources expected Studio Genie to position itself as an intermediate holding company that will hold content-related units including Storywiz, Seezn, Genie Music, and Sky TV under its arm.

KT also plans to create hundreds of billions of won worth funds for content development as part of efforts to accelerate the transformation from a telco to a comprehensive media content platform provider.