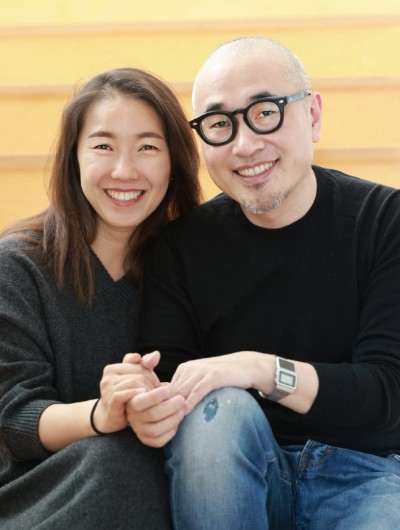 Kim Bong-jin, chief executive and founder of Woowa Brothers Corp., operator of South Korea’s top food delivery app Baedal Minjok which has earned $4 billion through alliance with Delivery Hero, offered to donate more than half of his fortune to a global charity created by Bill Gates and his wife and Warren Buffett.

Woowa Brothers said on Thursday that Kim joined The Giving Pledge as its 219th philanthropist, becoming the first Korean and seventh Asian billionaire to take part in the global campaign.

“My wife Bomi Sul and I hearby pledge that we will return more than half of our wealth to society during our lifetime,” Kim said in a message on The Giving Pledge website.

The Giving Pledge is a charity organization founded by Warren Buffett, chairman of Berkshire Hathaway, and Bill Gates, founder of Microsoft, and his wife Melinda, in 2010. Those joining the organization should be billionaires and donate more than half of their fortune. A total 218 philanthropists from 24 countries have joined, including Facebook founder Mark Zuckerberg and his wife Priscilla Chan, Tesla founder Elon Musk, Star Wars creator George Lucas and his wife Mellody Hobson, Oracle founder Larry Ellison, and former New York City Mayor Michael Bloomberg. About 75 percent of 219 members are self-made billionaires.

Kim’s fortune is known to reach over 1 trillion won ($906 million) when including the stock value of Germany’s Delivery Hero from the recent sale of delivery app Baedal Minjok.

He talked how hard it had been growing up poor and wished to share his fortune.

Kim founded Woowa Brothers in 2010 after his careers at design group e.motion, Neowiz, and Naver.

“In 2017, we posted our commitment on Facebook to give about $9 million to philanthropy in 3 years, and we kept that promise,” Kim said. “This has been the best decision of our lives so far, and we are now set to commit more.”

“… Through these learnings, we are envisioning how to resolve the issue of educational inequality, support arts and culture, and establish an organization that could help philanthropic institutions in carrying out their work,” he said.

Kim has so far donated more than 10 billion won to society, including 7.1 billion won to Community Chest of Korea, the biggest amount by an individual donator. The funds are used to cover medical costs for delivery riders and their living expenses.

Recently, Kakao founder Kim Beom-su pledged to donate more than half of his fortune to society to resolve social issues. His stocks are worth more than 10 trillion won.