The company’s chief executive Sohn Ki-young was full of confidence about the candidate therapy made from immune components extracted from antlers during a recent interview with Maeil Business Newspaper.

Cosmic radiation is the collective term for the ionizing radiation present in the earth’s atmosphere.

The primary objective of the study jointly conducted with Arizona State University is to evaluate whether EC-18 can provide protection against both radiation and pathogen-induced tissue damage and inflammation.

Sohn said EC-18 will serve as the foundation for becoming the world`s first cosmic radiation treatment.

EC-18 is also in Phase 2 studies for acute radiation syndrome (ARS), which has received FDA approval in 2019. The study is jointly led by the National Institutes of Health (NIH) and the National Institute of Allergy and Infectious Diseases (NIAID). Marketing authorization as an ARS therapy will be granted by the end of next year, Sohn expected. 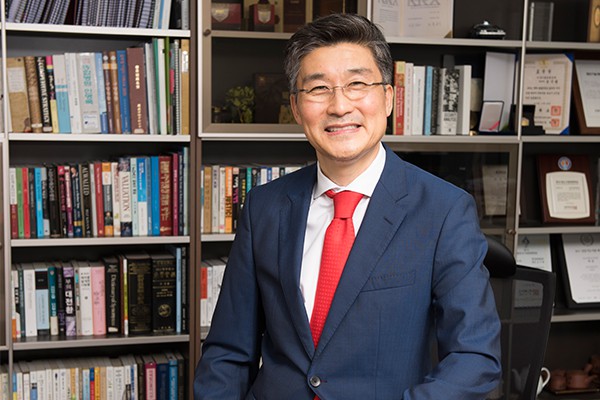 이미지 확대
A comparison between the mice group receiving EC-18 and the comparator group after exposure to rays of gamma radiation enough to kill 70 percent of the subjects within 30 days showed that the survival rate in the treatment group was 12 times higher. Research results in which inflammation in the whole body caused by radiation exposure showed improvement were reported at the U.S. Radiation Research Society in October last year, the company said.

EC-18, if approved, can provide significant benefits and profits as a radiation prevention treatment given that people may be exposed to cosmic radiation on air routes through the Arctic, and gamma rays from CT screening can influence the human body, Sohn said.

The market outlook is also rosy as space tourism products will be increasingly in demand in the future. The market value for acute radiation syndrome and cosmic radiation prevention and treatment will expand to over $80 billion, Sohn estimated.

Due to its unique mechanism of action, EC-18 is currently in clinical development as a potential Covid-19 cure. It was proven effective in inhibiting coronavirus growth and inflammation caused by cytokine storms. Cell and animal test data showed the therapy’s coronavirus inhibition rate reached 99 percent and 95 percent, respectively. A Phase 2 clinical research is expected to be completed in Korea this month, according to the company.