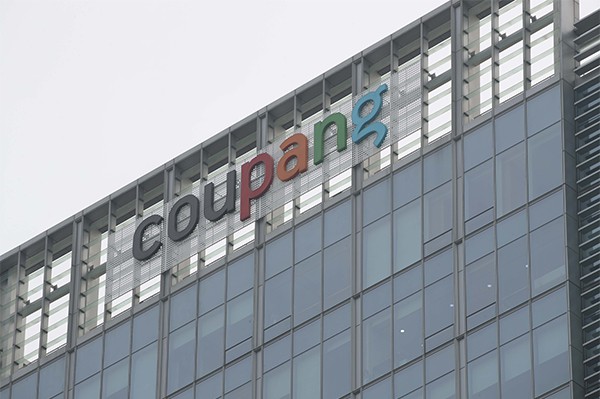 South Korean e-commerce giant Coupang Inc. prepping $1 billion Class A stock offering on the New York Stock Exchange (NYSE) as early as next month is working on raising another $1 billion in unsecured loans from foreign lenders to shore up ammunitions to the full as it goes public.

According to multiple sources from the investment bank industry on Tuesday, Coupang will be borrowing $1 billion from the banks on the syndicate underwriting its IPO dubbed to be the biggest Asian IPO after Alibaba’s debut in 2014.

It is common for an up-and-coming unicorn to seek IPO and loans at the same time in Wall Street, as it had been in the case of DoorDash, Uber, and Airbnb when they went public. The company also would have had guidance from its largest shareholder SoftBank Group holding around 37 percent through $1 billion investment in 2015 and another $2 billion in 2018 with ample experience in debuting unicorns.

Coupang’s unconventional fund-raising approach could broaden the horizon for other aspiring unicorns in Korea mulling IPOs in the future. It could also open eyes for Korean financial firms traditionally reluctant to lend out to money-losing venture companies without tangible assets to back the loans. 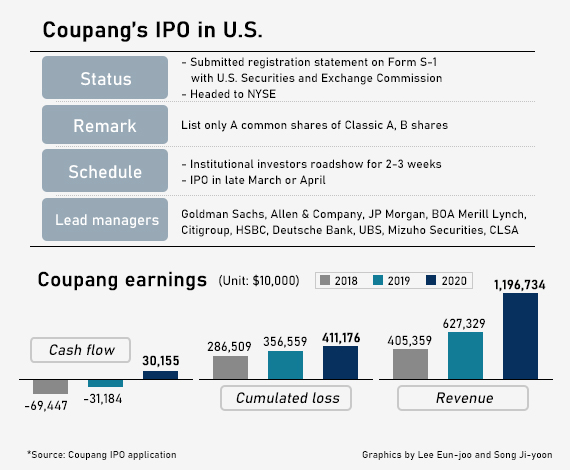 이미지 확대
Coupang is expected to accelerate building economies of scale with $2 billion in fresh capital to comfortably fend off rivals at home, where e-commerce market is growing up to be the third largest in the world only after China and the United States, according to Euromonitor.

Coupang was able to trim annual losses from near 1 trillion won ($902.8 million) to 500 billion won last year but its equity capital is still eroded with accumulated losses of 4.5 trillion won.

Coupang’s cash flow improved to 332.3 billion won last year on the back of robust sales in the pandemic-driven time when consumers increasingly seek online retail for goods and services.

Coupang aims to invest in distribution, which will help create more jobs. Currently, the company operates over 100 distribution centers in more than 30 cities in Korea. Their total floor area is 2.32 million square meters, which is 400 football fields combined. Coupang has 15,000-manned delivery force, close to Korea’s No. 1 logistics company CJ Logistics. Earlier, Coupang unveiled its goal of hiring 50,000 new workers by 2025.

When filing for IPO with the U.S. Securities and Exchange Commission, Coupang said it plans to “give up short-term financial performance for long-term growth” and that it plans to “expand product category and marketing channel to up customer base” and spend considerable amount of money on expanding distribution center facilities.