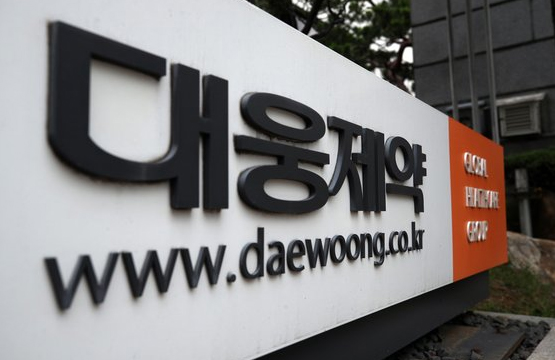 South Korea’s Daewoong Pharmaceutical Co. reported a 62 percent on-year plunge in operating profit for 2020 mainly due to high legal costs related to court battles over trade secret theft allegations for its botulinum toxin Nabota, but played down worries about the adversary impact from the final sale ban on Nabota in the U.S.

But for full 2020, the company earned 17 billion won in consolidated operating income, down 62 percent from the previous year. Net profit fell 12.7 percent to 25.2 billion won on sales of 1.055 trillion won, down 5.2 percent during the same period.

Daewoong Pharmaceutical said its bottom line had been hurt by snowballed legal costs to battle against its Korean rival Medytox over allegations of stealing botulinum toxin strain trade secret at home and the United States. Also the suspension of stomach ulcer treatment Albis tablet sale reduced its overall profit, the company said.

The company, however, said sales of its botulinum toxin Nabota nevertheless gained more than 10 percent from 44.5 billion won in 2019 to 50.4 billion won in 2020. Demand for prescription-based drugs and general drugs remained strong, allowing it to sustain over 1 trillion won in sales for the second year in a row.

Jeon Seung-ho, chief executive and president of Daewoong Pharmaceutical, stressed the company kept up sales last year despite temporary unfavorable factors such as the legal costs and Albis sales ban. The company is expected to bear fruit from various research and development projects such as Covid-19 treatments from this year, which would shore up its earnings, he added.

Last year, Daewoong Pharmaceutical spent 105 billion won on R&D, up 10 percent from the previous year. It is engaged in a phase 2 clinical trial of its Covid-19 treatment candidate Foistar Tab on patients and a phase 3 trial on Covid-19 prevention effect.

Daewoong Pharmaceutical also expects limited adversary impact from the latest ruling by the U.S. International Trade Commission (ITC) over the strain of its botulinum toxin Nabota because Nabota sales in the U.S. accounts for about 2 to 3 percent of the company’s entire sales. It expects Nabota sales in Canada and Southeast Asian countries should offset the ITC’s ban on Nabota sale in the U.S.

Daewoong Pharmaceutical is formally banned from selling Nabota in the U.S. for 21 months after U.S. President Joe Biden and former President Donald Trump rejected claims by the Korean drug company and its U.S. partner Evolus to dismiss the import ban. The move comes after the ITC in a final determination in December favored its rival Medytox and judged Daewoong Pharmaceutical copied manufacturing process of its botulinum toxic strain.

Daewoong Pharmaceutical still will appeal the ITC ruling this week. It already filed for an injunction against the import suspension decision last week.

Shares of Daewoong Pharmaceutical were closed 4.41 percent lower at 141,000 won on Tuesday.

By Kim Si-gyun and Lee Eun-joo