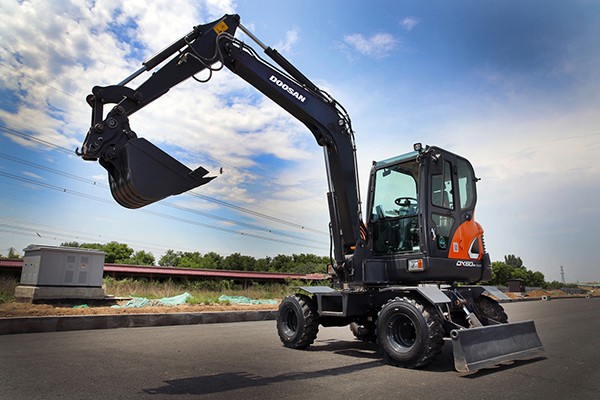 Financial investors of Doosan Infracore China (DICC) are pursuing to cash out in a second attempt that may hamper with the final stage of Korean parent Doosan Infracore going under Hyundai Heavy Industries Holdings Co.

A drag-along right enables investors to force other shareholders to join a sale of a company. By exercising the rights, the financial investors would be able to force Doosan Infracore, which owns 80 percent stake in DICC, to go along with the sale if they find a potential buyer.

Doosan Infracore, which had separated the DICC in the sales deal with Hyundai Heavy Industries-led consortium, has been dilly-dallying in handing over the financial statement of DICC with a promise to deliver documents within February after it fully settles the statement for fiscal 2020.

The investors acquired a total 20 percent stake in DICC for 380 billion won ($338 million) in 2011 on the condition that Doosan Infracore would list the Chinese unit in the Chinese stock market within three years. But its initial public offering was not made due to DICC’s poor performance, and the investors sought to sell DICC by exercising their pre-agreed drag-along rights in 2015. They filed a collective suit against Doosan Infracore for a breach of agreement when sales fell through. 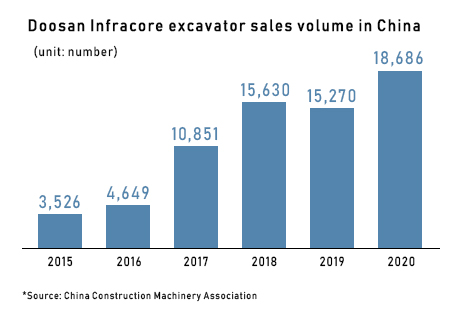 이미지 확대
The case went up all the way to Korea’s Supreme Court. The top court acquitted Doosan Infracore of breach of agreement, but also found drag-along rights still intact.

On Friday, Hyundai Heavy Investment Holdings-KDB Investment consortium signed a final contract to take over a 34.97 percent stake in Doosan Infracore at 850 billion won, with an aim to complete the acquisition before the end of the third quarter this year on the condition that the heavy equipment manufacturer’s parent Doosan Group takes care of the issue related to DICC.

Market experts, however, predict the investors and Doosan Group would rather seek the direct sale of DICC stake between them to save time and cost.

On Monday, shares of Doosan Infracore finished 3.51 percent lower at 8,790 won in Seoul.