Samsung Elec adjusts down NAND yield in Xian under lockdown 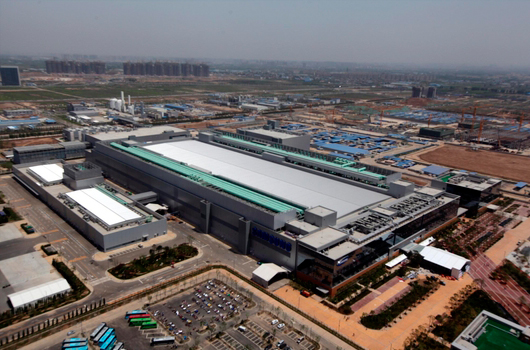 A weeklong lockdown in Chinese city Xian, home to 10 percent of global NAND flash memory that powers mobile devices has led to output cut by the world’s biggest maker Samsung Electronics, which may influence prices in the coming months.

“Due to the ongoing Covid-19 situation, we have decided to temporarily adjust operations at our manufacturing facilities in Xian, China,” the company announced in a statement published on its website on Wednesday, adding that the decision was made to protect “the health and safety of our employees and partners, which remains our top priority.”

Samsung’s sole overseas NAND flash memory factory had maintained normal operations when the Xian Province was locked down on Dec. 23 due to the surge in coronavirus infections. But a lockdown enforced for nearly a week has caused output adjustment in the wafer lines that must be plugged on around the clock.

The company is adjusting yield rate instead of plugging off.

Samsung Electronics is the biggest NAND producer in the world with its Xian factory responsible for nearly 10 percent of entire global NAND supplies. An output adjustment can influence shipments and prices.

Reduced output by the dominant player could push up prices next year contrary to earlier projections.

Global market intelligence provider TrendForce in a recent report forecast NAND flash memory prices would plunge more than 10 percent in the first quarter of 2022, widening from a fall of zero to 5 percent on average in the last quarter of 2021.

If supply cut lasts longer than expected, new releases and business expansion by tech companies around the globe could be affected.

In the worst case where Samsung is forced to suspend operation in Xian, the chipmaker also would face huge loss.

Wafers must be wasted if lines stop. It also takes time before normalizing production yield. The suspension of the foundry lines in Austin, Texas due to the unusual cold spell and snow storms early this year costed Samsung Electronics about 400 billion won ($337.8 million) in loss.

By Oh Chan-jong and Sookyung Seo