Short sales reallowed in Korea from May, but for large-cap stocks 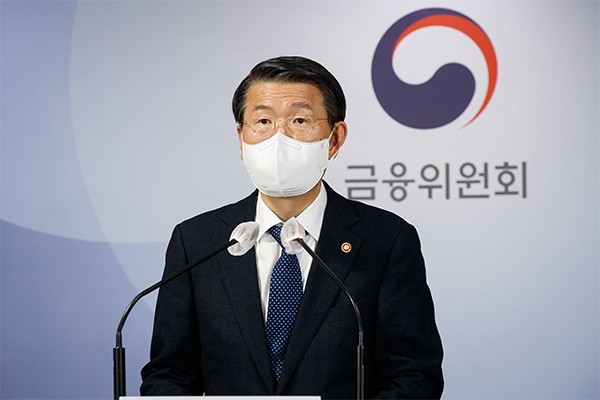 Short selling in Korean stocks will be re-instituted from May 3 instead of the previous date of March 16 after a yearlong ban, although restricted to large-cap issues amounting to 15 percent of the members on the Korean bourses in a kind of comprise between international standards and political pressure ahead of crucial by-elections in April.

The Financial Services Commission (FSC) announced on Wednesday that short selling will be allowed on 350 stocks - top 200 companies on the benchmark Kospi and top 150 on the secondary Kosdaq, starting May 3. Market capitalization of Kospi 200 stocks account for 88 percent of the total and Kosdaq 150 represents 50 percent. The ban will stay intact on other 2,037 stocks.

The ban was due to be lifted on March 16, but the financial regulator said it needed more time to fix its trading system before its reintroduction.

Korean markets opened Thursday a tad lower on foreign and institutional selling. The Kospi closed the day 1.35 percent lower at 3,087.55, and the Kosdaq down 0.63 percent at 964.58.

The ruling political front and mom-and-pop investors have been campaigning against the resumption of short sale that they view as unfair towards amateur investors because the legitimate trading practice is mostly allowed to big professional investors – foreign and institutional investors – in Korea, and it is often blamed for market havoc and causing retail investors losses.

During a press briefing, FSC Chairman Eun Sung-soo said since it is difficult to outlaw the system commonplace in most developed markets, authorities will amend it to lessen the side effects.

The government prohibited short selling since March last year amid heavy selloffs at the onset of the coronavirus pandemic.

The FSC said whether to lift the short selling ban on the remaining stocks will be determined later after studying its impact and market situations.

The FSC plans to complete some fixes on the system during the additional ban period, while toughening market monitoring and supervision on illegal naked short-selling and allowing retail investors to borrow more shares from brokerages and insurers in a measure to grant them wider access to short selling from May 3.

Novice individuals will be allowed to try the practice that makes money when the price of a borrowed stock falls with a starting balance of 30 million won ($26,882) in the short account. Experienced retailers won’t have any limit in borrowing for the short margin.

The latest decision – largely yielding to political pressure ahead of the April byelections to vote Seoul and Busan mayors at a time the country is swept up in a stock fad – could stake foreign confidence.

Foreign investors could downsize their stock holdings in South Korea if the country is classified as a permanent short-selling prohibitor.