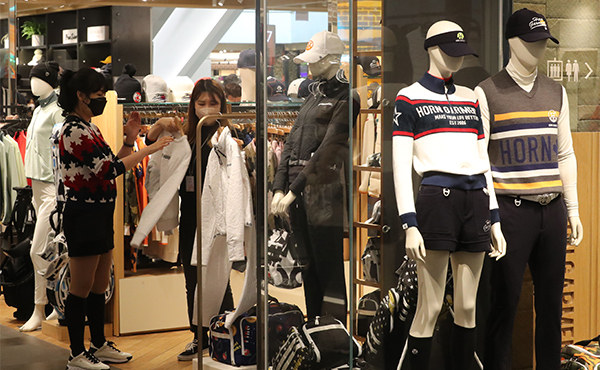 South Korea’s imports of golf equipment hit a record high from January to October as the sport becomes a fad among young Koreans during pandemic period.

According to data released by Korea Customs Service on Wednesday, the country’s imports of golf-related items came at $610 million as of the end of October, surpassing the previous largest record of $542 million for entire 2020.

Golf club imports topped the list at $389 million, accounting for 64.7 percent of the total imports. The second-most imported item was golf club parts at $87 million, followed by golf balls $84 million and golf globes $23 million. Import volume of all of the items reached an all-time high. 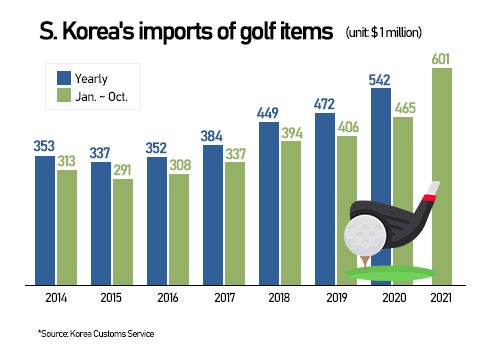 이미지 확대
The country’s largest golf club market is Japan which accounts for 64 percent. China is the biggest golf club parts exporter to Korea with 56.1 percent, Thailand for golf balls with 42 percent and Indonesia for golf gloves 74.7 percent.

The country’s outbound shipments of golf equipment surged 34.3 percent to $90 million as of the end of October.

Golf has soared in popularity particularly among young people while other indoor sports were hit hard by the pandemic. According to Korea Golf Course Business Association, the number of golf course visitors grew by 12.1 percent from 41.7 million in 2019 to 46.7 million in 2020.