이미지 확대
IMM Investment Corp. is seeking to complete its acquisition of a 49 percent stake in GS Power Co. by next month in a win-win deal that can add dividend income for the private equity fund and raise capital for upgrades in the country’s second-largest cogeneration power plant facilities.

IMM Investment hopes to sign the contract for the stake minus management right in December, according to investment bank industry sources on Tuesday. The Seoul-based PEF reportedly has agreed to pay 1 trillion won ($841 million) for the near half stake in GS Power by putting its corporate value at 2 trillion won.

IMM Investment will finance the stake purchase through funds raised from its blind pool Petra 8th Private Equity Fund and a loan from Shinhan Investment Corp.

The PEF has been lured by GS Power`s handsome dividend instead of the potential of making money from the company possibly going public. 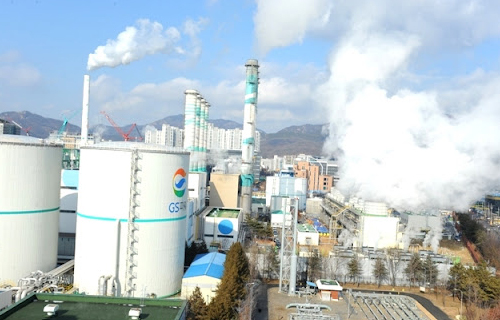 IMM Investment will be GS Power’s second financial investor. KB Kookmin Bank in a consortium made 413.0 billion won worth stake investment in GS Power in 2012.

GS Energy Corp., the parent of GS Power, bought back the stake from the KB Kookmin Bank consortium at 710 billion won last year to cement its control over the cogeneration power plant unit.

Analysts suspect GS Energy is offering the stake again to raise funds for upgrades in aging facilities. As of the third quarter, GS Power held only about 1 billion won in cash and cashable assets.

A cogeneration power plant, which is also known as a combined heat and power plant, produces heat and electricity by burning fuel.