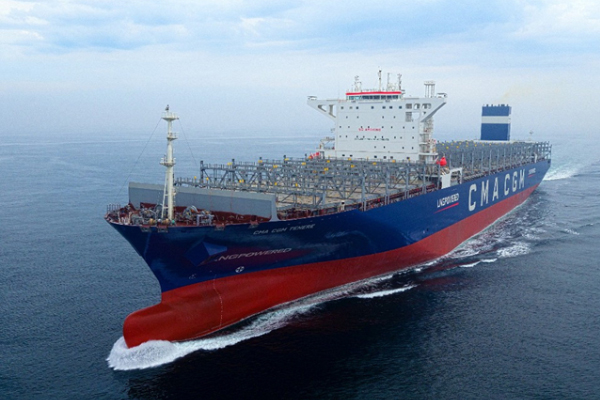 Korea Shipbuilding & Offshore Engineering Co. (KSOE) has added a 745.6 billion won ($626.7 million) order to build 10 units of liquefied natural gas (LNG) carriers to its bulging order book while crossing its fingers for a blessing from a pivotal market of the European Union on its merger with Daewoo Shipbuilding Marine Engineering Co. (DSME).

The 10 container carriers, which will be delivered by 2024, will be powered by dual-fuel LNG engines that can sharply reduce greenhouse gas emissions. Shipbuilders and shippers are seeking to build greener vessels to meet the stricter environmental regulations set by the International Maritime Organization (IMO).

Nearly half of KSOE’s order book this year consists of eco-friendly ships powered by LNG, liquefied petroleum gas (LPG), and methanol engine, according to the company.

Meanwhile, the European Commission announced Monday that it is resuming a probe into the shipbuilder’s acquisition of DSME that it suspended last year. The review, which has been stalled several times, is slated to be completed by Jan. 20.

KSOE signed a mega acquisition deal to take over DSME with the state-run Korea Development Bank in 2019 and filed for antitrust review to six countries last year. The company has so far gained a green light from Kazakhstan, Singapore and China and the integration can set sail upon approval from rivaling Japan and EU as well as home authority.

The EU’s antitrust regulator has expressed concerns that the merger between the Korean shipbuilding majors could hurt European companies’ competitiveness. The union would create a Korean shipbuilding entity dominating nearly 60 percent of the LNG carriers whose orders mostly come from Europe.

By Moon Gwang-min and Lee Soo-min