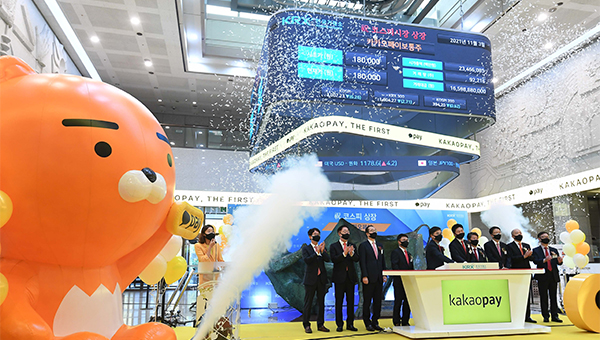 According to data released by the Financial Supervisory Service on Tuesday, local companies raised 2.48 trillion won through equity offering in October, up 22.1 percent from the previous month.

Debt issues in October totaled 16.6 trillion won, down 5.3 percent on month due to growing volatility in the bond market on imminent possibility of a rate hike.

Issuance of corporate bonds totaled 3.2 trillion won in October, down 35.3 percent from the previous month. The offering was mostly in mid-to-long dated papers for refinancing, with 55.9 percent sold by AA or higher investment grade issuers.