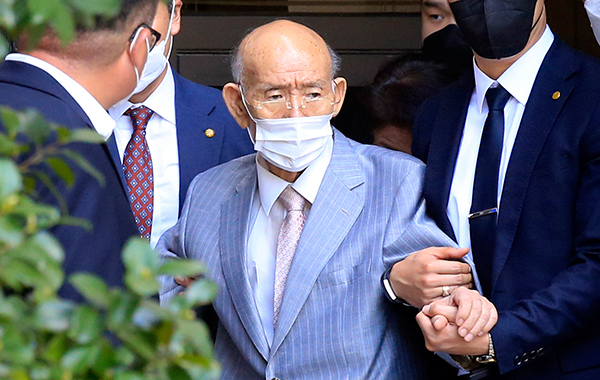 South Korea’s fifth president in service from 1980 to 1988 and the last reminder of the country’s lengthy military regime Chun Doo-hwan died Tuesday, without repenting for the brutality committed against pro-democracy protests and Gwangju massacre and paying heavy state fines for a number of grave crimes from treason to bribery. He was 90.

The strongman trails in crossing the river of death his 1979 military coup accomplice and long-time friend Roh Tae-woo who succeeded him in presidency through the first direct election via a constitutional reform Chun conceded at the height of democracy movement in 1987. Roh died on Oct. 26.

Chun died at home from a cardiac arrest, according to police.

Chun, an army general, raised a military coup in 1979 in less than two months after the assassination of President Park Chung-hee.

Deadly crackdowns lasted throughout his reign, with his military killing 200 in Gwangju City in a civilian uprising and the court sentencing dissident leader and later president Kim Dae-jung to death. 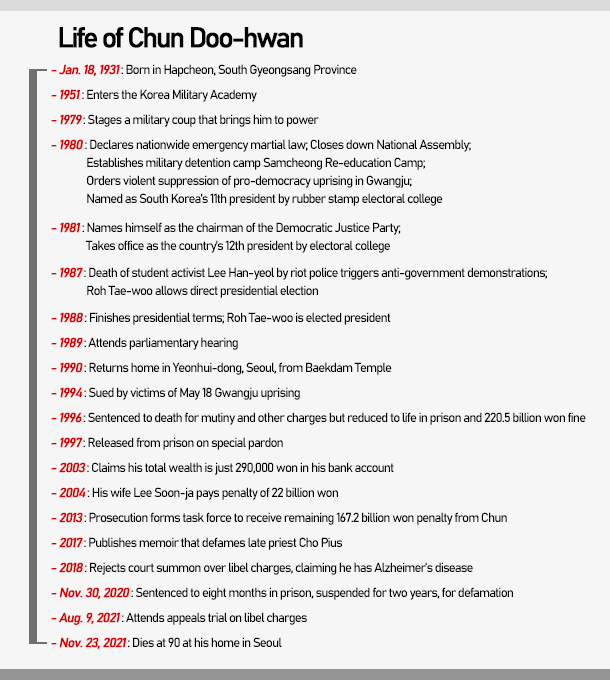 이미지 확대
Chun and Roh were convicted of mutiny and treason over the coup and military crackdown of Gwangju. Chun was sentenced to death and Roh to 22 and a half years. They were pardoned in late 1997 under President Kim Young-sam. Chun never acknowledged his wrongdoings and his appeal trial remains pending.

Chun was ordered to repay the state 220.5 billion won ($190 million) he had amassed in slush funds, much of which was never paid by arguing he only had 290,000 won in his bank account.

The economy nevertheless flourished during his reign.

Unlike Roh who received a five-day state mourning and funeral, Chun`s will be administered by family.