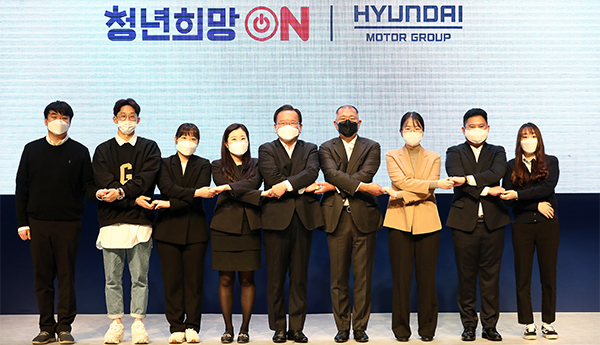 Under the agreement, Hyundai Motor Group will directly hire 30,000 people over the next three years – 10,000 every year – and jointly invest with the government in internship and support programs to groom 16,000 mobility technology experts over the cited period.

With Hyundai Motor’s latest partnership, the six major conglomerates have so far pledged to create a total of 179,000 new youth jobs in Korea over the next three years, according to the Prime Minister`s Office. 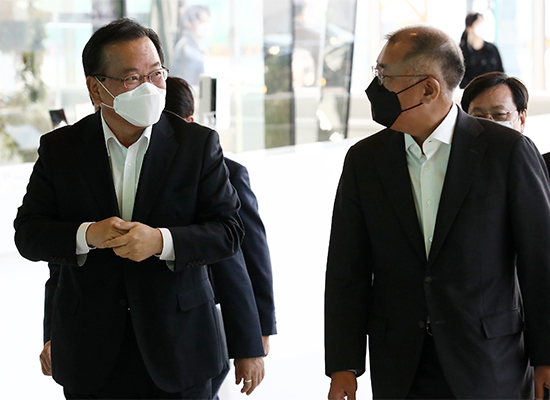 Most of Hyundai Motor Group’s new jobs for the youth will be created in future mobility sectors mainly developing robotics, UAM, hydrogen and autonomous driving technologies. Under the talent grooming scheme, it will recruit 3,400 young people to its internship programs, nurture 5,600 experts through industry-university collaborative programs and set aside another 6,000 jobs for bachelor and master’s degree engineering students. It will also sponsor some 1,000 jobs in the startup and philanthropic sectors through its startup investment program, Zero One, and Chung Mong-koo Foundation.

Regarding Hyundai Motor Group’s plan to produce electric cars in the United States, Chung said everything goes as planned along with the potential supply of batteries and semiconductors as demand for electric vehicles is expected to continue to increase until 2040. But he denied rumors that the company would start EV production in the U.S. immediately next year.

Chung added that Hyundai Motor Group would jointly research and develop EV battery cells with partnering companies but will rely on outside vendors for battery production.