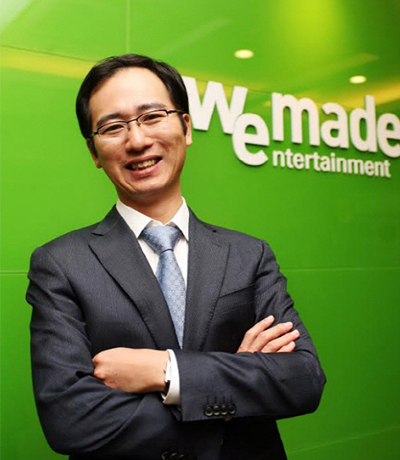 The founding CEO of WeMade Co., the label behind the Legend of Mir mobile game series, has joined the list of Korea’s top billionaires based on stockholding value, amid hype over non-fungible token (NFT) and metaverse theme on the Korean stock market.

Park Kwan-ho held 3.4 trillion won ($2.9 billion) worth in Kosdaq-trading WeMade shares based on the stock’s Friday closing price of 237,000 won, making him the tenth wealthiest individual in Korea based on stock holdings, according to data published by local financial data tracker FnGuide.

Park is the second executive from the game industry on the top 10 stock billionaire list.

Chief executives of other video game giants are also close to make the top 10 list.

WeMade’s Park had his stock holding valued relatively humble at 565.2 billion won on Aug. 18. His wealth surged in line with the price of the stock’s stunning ascent of 493.86 percent in just three months in the fastest growth in value among stocks listed in both the Kospi and Kosdaq for the three-month period. At its intraday high of 245,700 won Monday, the stock has gained nearly 10 times the intraday low of 24,904 won on Aug. 12.

The two stocks have been flying high since the release of Mir4, an NFT-based massively multiplayer online role-playing game that allows users to earn cryptocurrency while playing the video game.

Because game publishers are keen to add more NFT-based games, they are expected to see their stock holding value further increase.