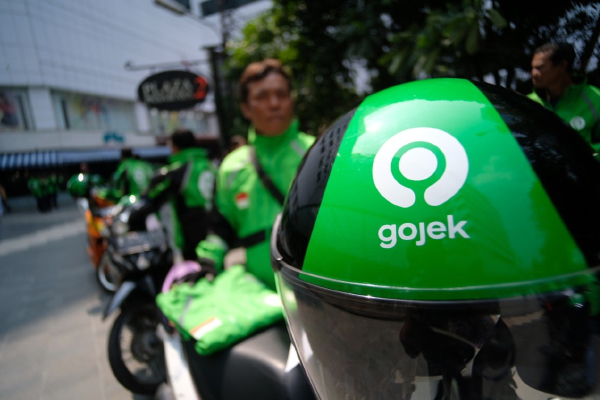 Driver partners of Gojek, the ride-hailing service of GoTo, wait for orders. The transportation and e-commerce company has raised US$1.3 billion from various investors ahead of its anticipated IPO. (./.)

Technology company GoTo Group has secured more than US$1.3 billion in pre-initial public offering (IPO) fundraising from the Abu Dhabi Investment Authority (ADIA), Avanda Investment Management, Fidelity International and others. The funds, GoTo announced on Thursday, would allow the company to strengthen its market position in the region through customer growth and engagement, expansion of its payment system and other financial services and leveraging of its integrated transportation fleet and logistics network. “Indonesia and Southeast Asia are some of the most exciting growth markets in the world, and the backing we’ve secured shows the confidence that investors have in the region’s rapidly expanding digital economy and our market-leading position,” said Andre Soelistyo, CEO of GoTo Group.

He went on to say that as digital adoption proceeded in Indonesia, demand for GoTo’s services continued to increase. Last year, Indonesia saw 25 million new internet users as the pandemic spurred online interaction and transactions, according to the Indonesian Internet Providers Association (APJII). However, the country also has almost 140 million underserved people with little to no access to formal financial services, which GoTo has identified as a growth opportunity for its payment and financial services. GoTo claims that its ecosystem encompasses nearly two thirds of Indonesian consumer expenditure and its total addressable market in the country is set to grow to more than $600 billion by 2025. Michael Woo, Singapore-based managing director of Primavera Capital Group, which participated in GoTo’s latest funding round, said the investment firm saw growth opportunities for Indonesia and GoTo across e-commerce, on demand mobility and fintech.

“Digital economic growth, especially in Indonesia and other fast-growing markets in ASEAN, is a key investment focus for us. We have been an investor in Gojek for several years now and look forward to continuing our journey with the enlarged GoTo Group as it enters its next growth phase,” said Steven Chua, deputy CIO at Seatown Master Fund.

GoTo previous backers, such as Google, Temasek and Tencent, also invested in the recent funding round. More investors were expected to join the pre-IPO fundraising round ahead of the final close in the coming weeks. Gojek and Tokopedia merged to form GoTo Group in May 2021. The Group generated over 1.8 billion transactions in 2020, with a total Group Gross Transaction Value (GTV) of over $22 billion. GoTo Group has yet to announce details on any public listing plan. However, prior to the merger, Tokopedia was in talks to go public via a special purpose acquisition company (SPAC). A public listing of the combined Gojek and Tokopedia entity could raise as much as $2 billion in what would be one of the biggest IPOs ever by an Indonesian company.