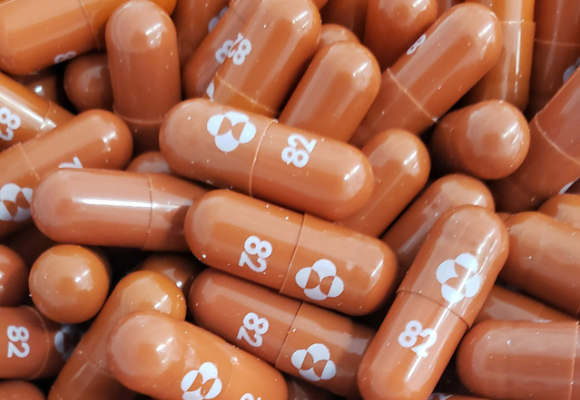 South Korea may determine emergency use authorization for MSD’s oral medication against Covid-19 by the end of this year to make the pill available from early next year, as the country is rapidly running out of hospital beds due to the surge in patients in critical condition from the virus.

MSD filed for emergency use authorization of its oral Covid-19 drug molnupiravir with the Ministry of Food and Drug Safety and whether or not to grant approval may be decided within this year, said Food and Drug Safety Minister Kim Gang-lip during a meeting to mark his first anniversary in office on Wednesday

Molnupiravir is a treatment that can prevent severe cases of Covid-19. The Korean government has planned to introduce it around February next year under an advance purchase agreement, but earlier approval may advance the date of local distribution to January.

Pfizer already submitted non-clinical data of its oral formulation to the ministry. The U.S. FDA is expected to grant approval to molnupiravir by the end of this year, Wall Street Journal reported.

The Korean government has secured 400,000 courses of oral Covid-19 treatments through advance purchase contracts with MSD and Pfizer among others.

Meanwhile, South Korea reported a record high of 3,292 new daily cases, including 506 serious cases as of Wednesday, according to the Korea Disease Control and Prevention Agency (KDCA).