More than half of S. Koreans skeptical of social mobility for themselves and children 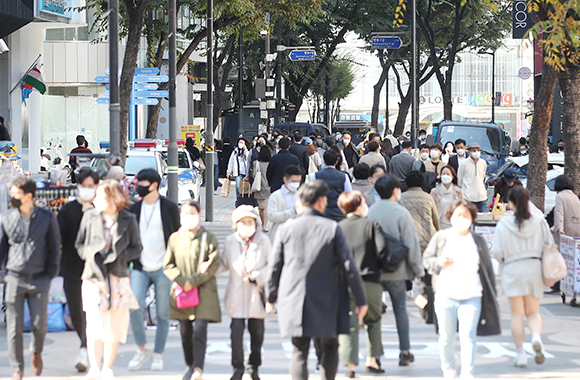 Six out of 10 South Koreans have no faith in social mobility and half of them are skeptical of their children having luck in moving up in their adult life,, survey showed.

According to a poll released by Statistics Korea on Wednesday, 40 percent thought the odds of them moving up one day in the social ladder were low while another 19.4 percent found the chance very low. Positive response stopped at 26.2 percent in the survey on adults aged 19 and older.

The share of pessimism on upward social mobility dropped 4.3 percentage points from two years ago in the biennial survey. About 14 percent said they have no idea.

Three out of 10 respondents think their children have a high chance of improving their social status, while 53.8 percent found the likelihood low.

More than half of people with monthly household income of above 2 million won ($1,692) consider themselves as mid- to upper class, while 38.5 percent believing they are in lower class.

Among respondents who said they are in upper class, 55.9 percent view positively on their chance of upward social mobility and 38.7 percent view negatively.

For people who considered themselves in lower class, just 14.9 percent believe they can move up the social ladder while 65 percent found the chance near to zero.