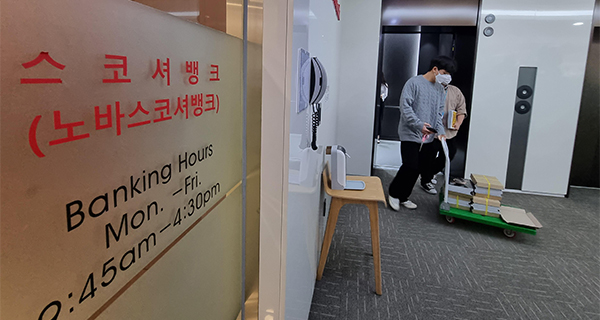 According to a financial authority source on Tuesday, the Financial Services Commission (FSC) gave permission to the bank to shutter its Seoul branch late last month.

The bank operating as Scotiabank had focused on corporate banking since its entry into Korea in 1978. The bank is closing its Korean business largely as part of a revamp of its Asia strategy after recently suffering weak performance. While withdrawing from Asia, the bank will instead focus on North and South American markets, said an FSC official.

Poor business results are another reason for the bank’s exit. Most foreign banks in Korea tend to focus on corporate and investment banking services rather than retail banking but Scotiabank’s presence in this area was insignificant in recent years, another source said.

As it has decided to leave Korea, it would join the seven foreign banks that have already left Korea in the past 10 years. HSBC shuttered Korean operations in 2013, followed by Goldman Sachs, Royal Bank of Scotland, Barclays, and BBVA in 2017, UBS in 2018 and Macquarie Bank in 2019. Citibank Korea, Citigroup’s Korean branch, is currently in the process of closing down its retail banking operations in the country.

Some experts say challenging business environments in Korea are driving foreign banks out.

“From the perspective of foreign banks, the Korean market has a high-cost structure, and financial authorities impose excessive regulations,” said Moon Woo-sik, a Seoul National University professor. “Foreign banks will not come unless the local financial environment is improved.”