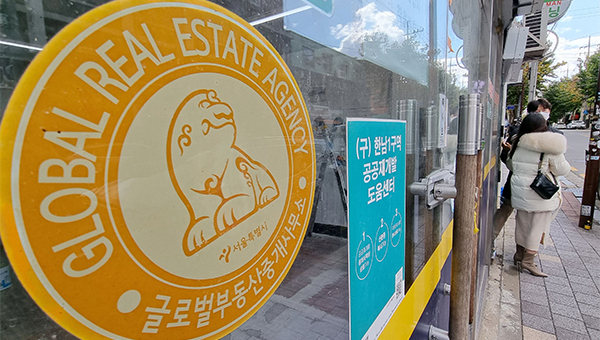 South Korea has embarked on a crackdown on speculative real estate activities by foreign nationals by establishing a database and legal system amid criticism on laxity on non-Koreans while locals are under rigid regulations to contain runaway property prices.

Under concerted work among the Ministry of Economy and Finance, Bank of Korea (BOK), and the Korea Customs Service (KCS), the central bank will hand over files on real estate purchases by non-Korean nationals to the customs office, while the finance ministry has fixed the foreign exchange transaction act to allow the customs authority to study the sourcing of domestic property deals made by foreigners.

Under the current foreign exchange transactions act, foreigners are required to report the details of real estate acquisition, including real estate-related rights such as leasehold and mortgage rights with funding from outside to the central bank. This data will be shared with the KCS with the authority to investigate and press charges on currency crimes.

By early next year, data sharing system between the central bank and the customs office will be ready, under which BOK files will be used for monthly examination for any foul currency activities, according to an anonymous government official.

Foreigners have been unrestrained to bring funding from their countries and buy properties in Korea whereas Koreans have been under multiple loan, taxation, and licensing regulations.

According to the Korea Real Estate Board, transactions in buildings by foreigners in South Korea totaled 16,405 cases from January to September, the highest volume for the period since data has been tracked since 2006.

In one case, a 33-year-old Chinese in March bought a penthouse at Tower Palace, a luxury residential complex in Dogok-dong, southern Seoul, through a 8.9 billion won ($7.52 million) loan from a Chinese bank. Local banks are under strict regulations in granting mortgage loans whereas such rules do not apply to offshore lenders.